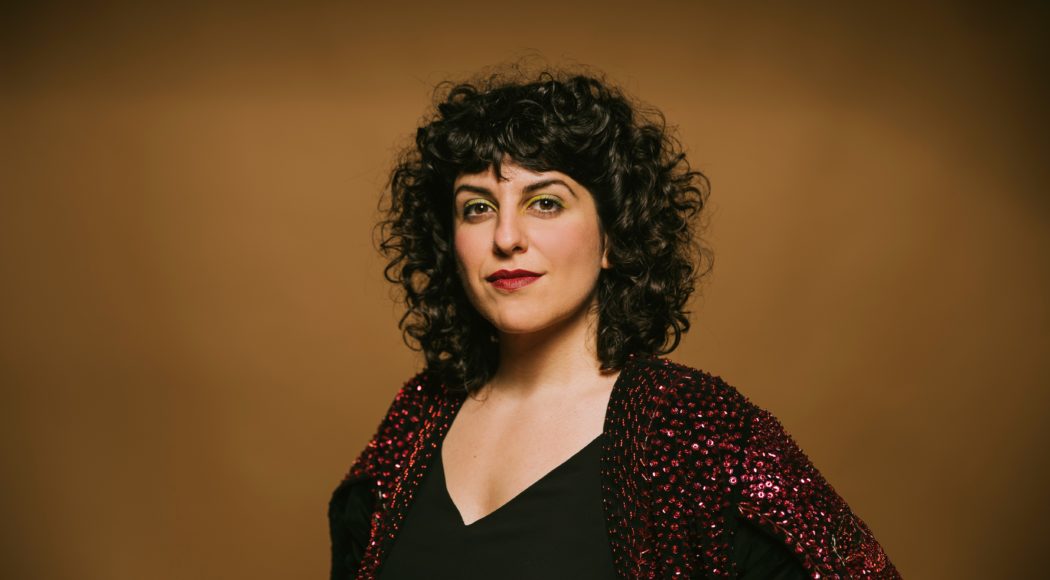 Golnar Shahyar in an interview with VAN editor Merle Krafeld about the musicality of different languages and the diversification of the music business.

Reports about you say that you refer to Persian music in your songwriting – what is meant by that? Persian folk? Persian classical music?

Golnar Shahyar: Folk still has a very strong ceremonial function in Iran, it is archaic. The sounds differ considerably from region to region, just as the languages differ. Iran is culturally very diverse. You study classical Persian music, you learn it from a master. The music has a higher social status, just like European classical music here. But at some point, this music was also part of folk music.

And what of it finds influence in your songwriting?

That’s very difficult for me to say. In Iran, after the revolution, there was a ban on women singing. Live music was also often forbidden, I really didn’t experience concerts very often in Iran. We had the revolutionary songs and war songs. And Tasnif, that’s something like a very old Iranian songwriting. And then MTV came along [laughs]. But this music was not representative of my generation. For me, it’s extremely difficult to categorise.

You sing in many different languages, especially Farsi and English. What else?

I also have pieces in my repertoire in Kurdish, Sephardic and in an imaginary language that I like to use when I feel that songs are not ready for lyrics. Sometimes they are never ready. And some compositions only become round through the textual message.

Absolutely! Every language has its own sound and its own feeling. I also love singing in Arabic and listening to Arabic. The sounds of this language are incredibly beautiful for singing. German is difficult for me [laughs]. In Farsi, for example, many things remain open, have several meanings. Every language offers other spaces, other images, other sounds, other ideas.

Are language and musical material connected for you? For example, do you also use the Iranian dastgah system when you sing in Farsi?

I can sing Iranian scales to an English text. But it sounds so funny! [laughs] Our ears are simply not used to that. There is already something like a language melody through which the scales are connected with the languages. Apart from composing my own music, I am also looking for my own interpretation of the old Iranian traditional and folk music as well as the old tasnifs. This means that I sing according to the Iranian dastgah system, but with new vocal colours, vocal and arrangement approaches. In my own compositions, I sometimes think from the perspective of the dastgah system and develop the melodies in this system. However, it is my conscious decision to find my own interpretation and expression, which does not categorise me as a typical Iranian classical singer.

To me, your pieces sound very lively and free, I feel there is a lot of improvisation.

Our songs are composed: the structure and certain melodies. But how I get into a melody, for example – that changes at every concert. And there are always parts that I leave completely free for myself, where I let myself be surprised on stage what happens.

I have been working in Austria for almost ten years. In the music business there are clichés of cultures that have nothing to do with the actual cultures. This forces artists to present their own culture as exotic as possible – because otherwise they simply can’t perform. The education system also plays a role: you can only study European classical music, American jazz and Anglo-Saxon pop. We are often overlooked by music journalism. When we do appear, we are not regarded as artists, as specialists, but as exotic objects. It is also never discussed that “world music” is a problematic, discriminatory term. The term was invented as a marketing tool, but it is simply impossible to describe so much diverse music under one term.

Do you have any concrete suggestions?

This topic actually deserves its own interview. The marginalised cultures need more space and power in the musical ecosystem as a whole. And that has to develop organically. No one can give anyone a voice – people already have a voice. They know who they are and what they want. They just need the space, time and belief that they can do it. This is where education plays a crucial role. Music colleges should open their doors to these marginalised cultures as soon as possible. We need more musicians who understand musical diversity, respect it and can practice it. Then we could collectively develop an understanding of what our contemporary musical language is, because it is certainly not just the white European and American musical identity.