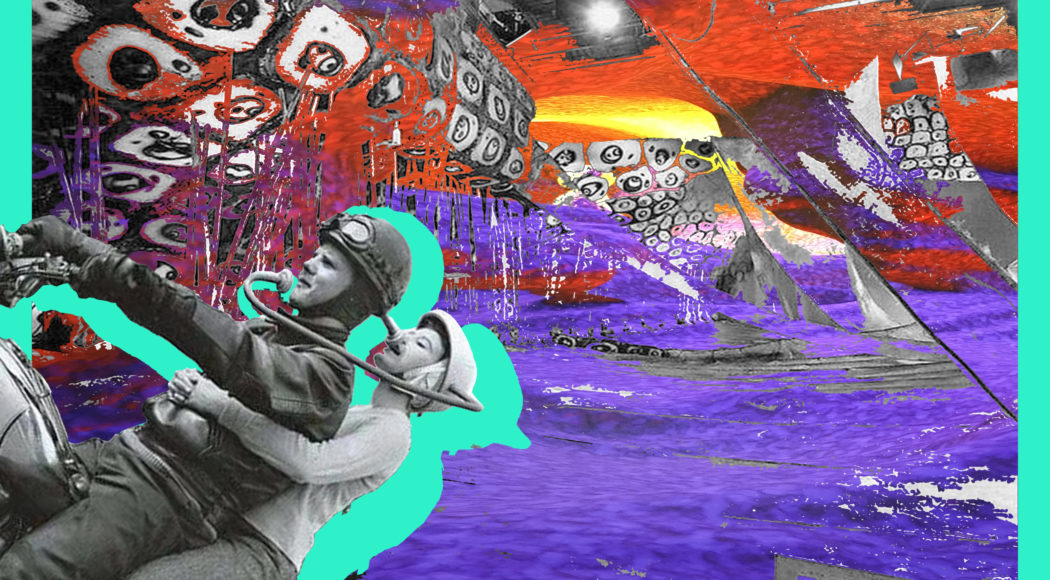 The educationalist Eva Renvert in conversation with the theater collective andcompany&Co. about her current play “New Horizons: Eternity for All!

You are dealing with the “Horizonte” production, a play that has written GDR theater history and is related to topics such as worker theater or cybernetics. How did the idea come about and what interests you about the material?

In the beginning there was an interest in cybernetics. Today, almost all that has remained of this proud new leading science is the term “cyber attack”. But there are good reasons to deal with the history of cybernetics: Cybernetics was a forerunner of today’s network and system theories. In this respect, it has, so to speak, been part of Web 2.0 from the very beginning. It is about the connection between communication and control. Heiner Müller predicted this in an astonishing way: “To each his own informer!

The piece exists in two adaptations: by Gerhard Winterlich, who wrote it for the Arbeitertheater des Petrolchemischen Werkes in Schwedt in 1968, and by Benno Besson and Heiner Müller, who adapted it for the Volksbühne Berlin in 1969. How do you deal with these two models?

For once, Müller has worked here in the way we always do – as an “embedded writer” in a play development collective: “Everybody writes poetry with us! Although the play was not a success, it had a real impact: it still shapes the Volksbühne today. There will also be two versions of our play: one that will be developed in Schwedt with former participants of the Arbeitertheater, and a later version with actors*.

The play is based on Shakespeare’s “Midsummer Night’s Dream” and plays with several levels. To what extent does this moment flow into your production?

We are interested in collaborating with former members of the Arbeitertheater Schwedt, who played themselves as workers. The author Gerhard Winterlich was inspired by Georg Klaus, the “Godfather of GDR cybernetics”. In 1968, his game theory was published, which assumes that all spectators play in the theater because they have an “inner model of the outside world. Ultimately, it is about the current debate on the fusion of man and machine. The “new horizon” of our time is a kind of “digital immortality” – in a society that is characterized by blatant inequality. Hence the title: “Eternity for all! This could be a real political demand in the not too distant future. However, Heiner Müller has foreseen another possible development – the disappearance of the human being. Shortly before his death, he told Alexander Kluge: “What is important in the universe is not organic life, but information. If it turns out that computers – that machines – can transport information better than humans, if humans are no longer sufficient as vehicles, then the computer researcher or specialist must contribute to the destruction of mankind so that computers can take over the transport of information”.

Will you be documenting again in this production and how do you proceed?

We first conducted interviews – in keeping with the times via zoom – with the people involved at the time as experts* in their own history. This digital interview form fitted the topic well, because according to Müller, the issue is “the introduction of cybernetics into social relationships. We are particularly interested in the theories of Georg Klaus, who is celebrated as the “perfect synthesis of Marx and Luhmann”. He had suggested installing buttons on the television set so that the population could vote directly to “perfect democracy”. It never came to that. A small update of democracy – not only technically – could certainly not hurt here today.

To what extent are you going to deal with the history of the GDR?

We’ve always been interested in the moments in history when a door opened that was closed again shortly afterwards. Journalist Klaus Taubert witnessed Walter Ulbricht’s proposals for a more effective national economy, including educational reform, technical innovation and comprehensive computerization, at the “Ostseewoche” (Baltic Sea Week) in Rostock in 1970. Taubert’s article was prevented at the time and shortly afterwards it was announced that Ulbricht would hand over power to Honecker, who buried these radical plans. What challenges were there in your work process? To develop a piece without physical contact – that fits the theme. We spent weeks on an immense effort to get all the seniors* fit with video for rehearsals via video conferencing. Our employees* spent hours on the phone with some of them to help install the software remotely. In order to capture the individual interviews in a higher quality, we sent our camcorder to Schwedt by courier. The interviewees then set it up themselves with the help of our remote instructions. That was really exciting, because it also has a social component, equipping people with technology and know-how who would otherwise not participate in this form of communication – a departure for “new horizons”.