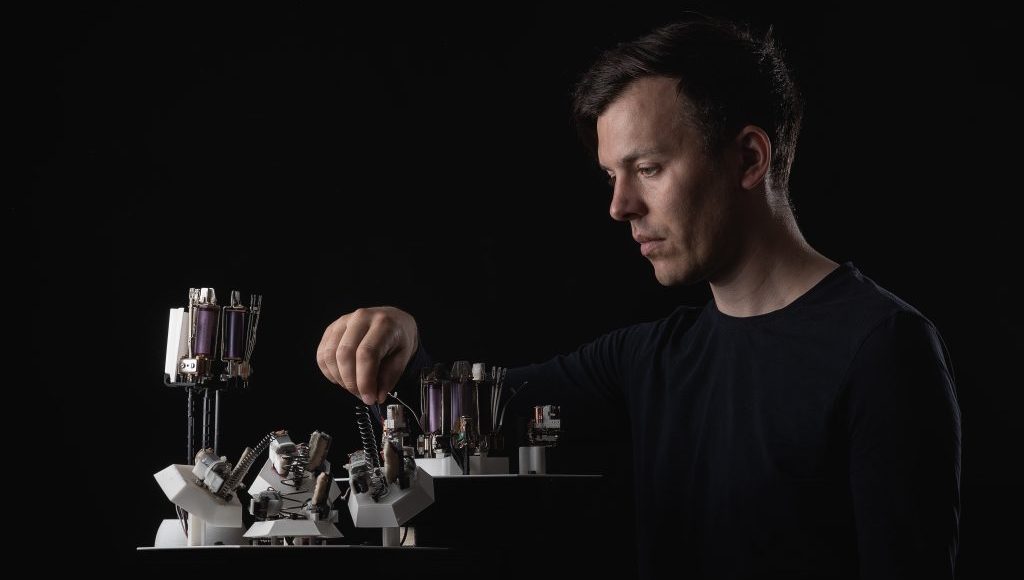 That’s what the press says:

“Geist manages to do something increasingly rare in electronic music. When he plays, he keeps all eyes locked on the stage.” Wired, 2018

“Geist’s robots aren’t meant to simulate humans or a band, but to fulfill specific, finely tuned tasks, like industrial machines. These are new machines, manufacturing a new kind of machine music.” Fast company, May 2017

“It doesn’t get geekier than this.” Jon Parales at New York Times

“Sonic Robots is treating some important questions of the future, like the perception of technology, the robotization of society or the artificial intelligence, but still comes in a very playful and entertaining way: through electronic music.” (ARTE)