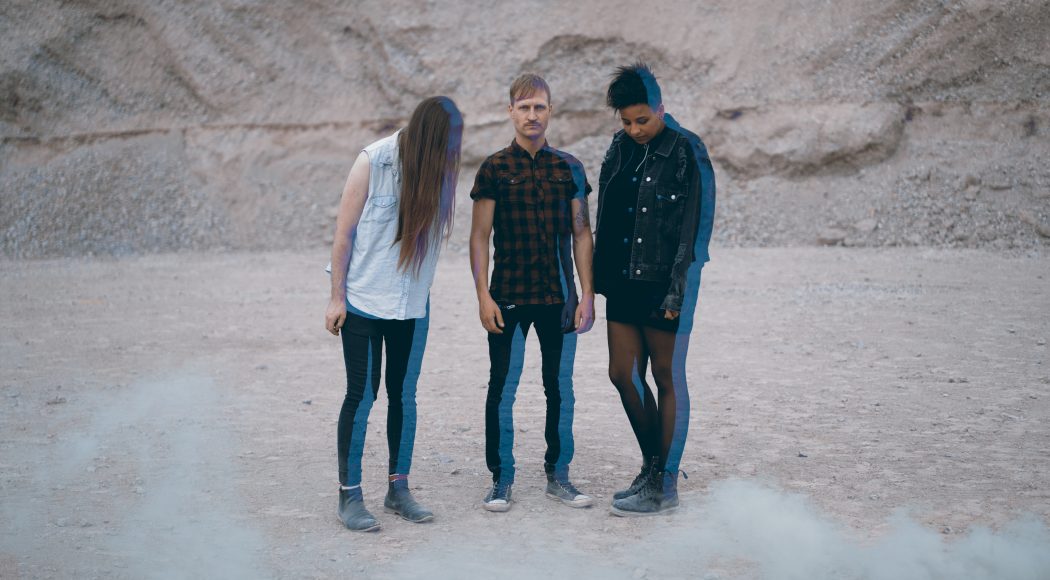 Since 2012 the Berlin trio around Oyèmi and Lemmy exists. In 2014 drummer Chris joined the trio and completed the current line-up. So far they released two EPs on the US label Prospect mRecords, played countless concerts in the UK, Denmark, France, Serbia, Germany etc. They shared the stages with acts like We Were Promised Jetpacks, Japandroids or The mMegaphonic Thrift and provided whistling ears and happy faces.

In 2016 they sent a short email with music to Tapete Records and asked if there was a possibility to support The Telescopes on their tour. Bands that want to support The Telescopes are interesting per se, and soon the two Jaguwar EPs were running up and down in the Wallpaper Office. File under: Wall of Sound, Shoegaze, Noise & Pop. Don’t get too close to Jaguwar if you suspect that My Bloody Valentine had (and still have) a small but not insignificant influence.

In 2017, they retreated to the idyllically located Tritone Studio in Hof, Bavaria, with a considerable number of effect devices, guitars, basses and amplifiers as well as enough coffee and cigarettes as refreshment and started recording “Ring Thing”. Typical for the genre, layer upon layer was laid on and, just as typical for the genre, the one or other deadline had to be postponed. But it was worth the wait: Even more noise and even more pop. “Krach & Detail”, how the band describes their sound. “Ring Thing” is a shimmering, echoing, cracking monolith from an album. Jaguwar combine sweet pop with amphetamine-reptile-like noise here, they sound as if The Cure had recorded a song together with Ride. Song structures meander, you have to be ready for the unexpected. The trio thus managed to emancipate themselves from their role models and create something of their own. You will hear about them worldwide.