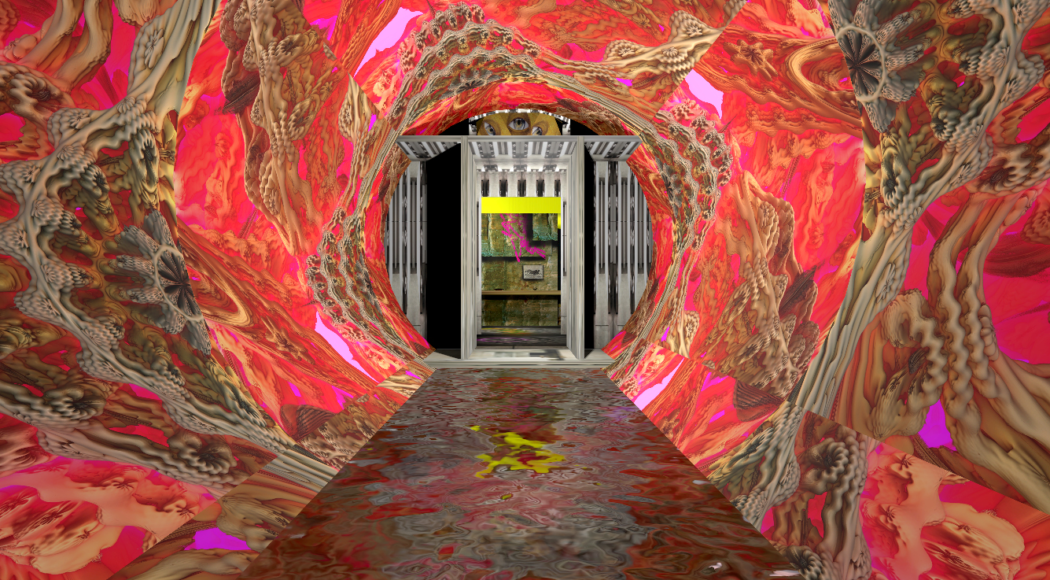 In cooperation with Selg and VR designer Rodrik Biersteker, Susanne Kennedy creates “I AM (VR)”, a psychedelic self-awareness trip for one person each about the oldest philosophical questions of mankind: Where do I start, where do I stop? What constitutes reality, and what is fiction, what is virtual? On a meditative path through a kind of digital version of the Allegory of the Cave, visually exaggerated spiritual-mythological settings are traversed, and the basic assumptions of human consciousness are questioned. Until the participants are finally ready to face the digital oracle and ask the question of all questions.

Theater maker Susanne Kennedy is known for her hyper-realistic, alienating productions on the major acting stages of Europe, with which she has brought the medium of theater into the digital present and initiated a broad discussion about the future of theater. For some time now she has been working with the artist Markus Selg and on experimental-immersive play settings; now the director, who has been invited to the Berlin Theatertreffen several times, is focusing for the first time on the synthesis of virtual reality and theater.