The European Festival of Citizen’s Stages invites the most remarkable participative productions of today and organises the debate on their artistic quality and social relevance. As in Germany, where numerous community theatres and similar models have emerged in recent years, the development of participative theatre has also progressed in other European countries. European contacts have already been established within the framework of the Citizens’ Stage Festivals in Dresden (2014), Mannheim (2015) and Freiburg (2017), which are now being expanded for Our Stage in order to enter into an intensive exchange of experience on forms, contents and experiences and to create a network that strengthens the development of participative theatre as a whole.

More information on the complete festival programme can be found here. 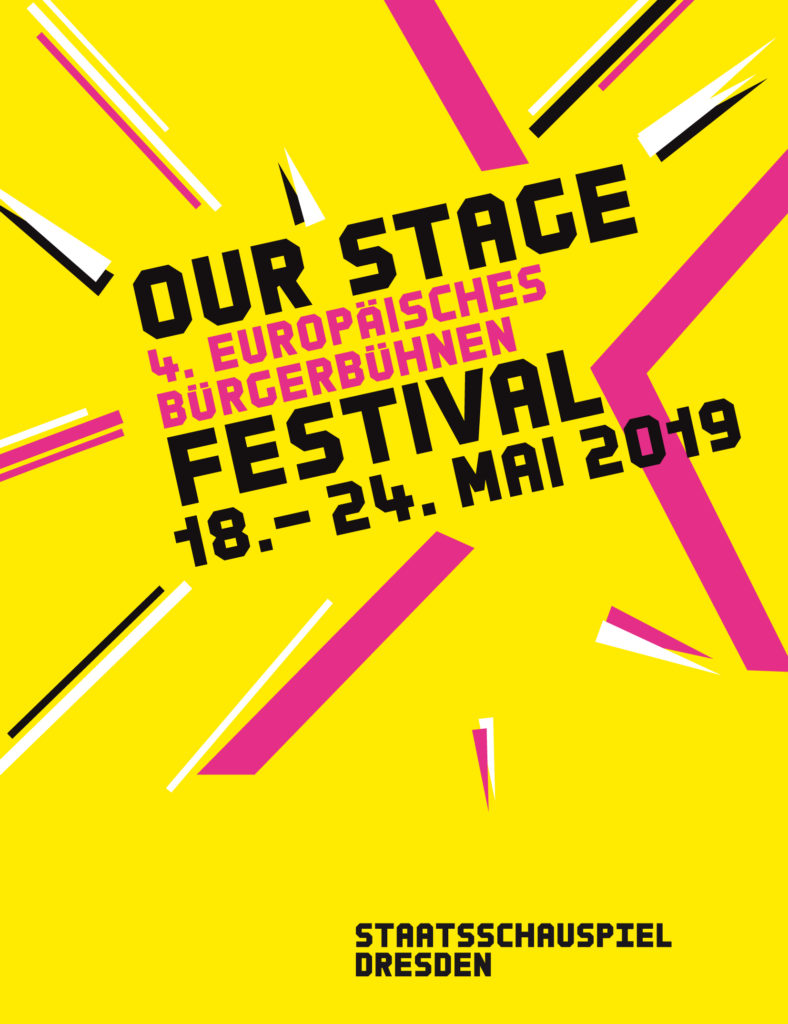 The Bürgerbühnenfestival is sponsored by the Kulturstiftung des Bundes.

In cooperation with the European Theatre Convention (ETC), HELLERAU, Societatstheater