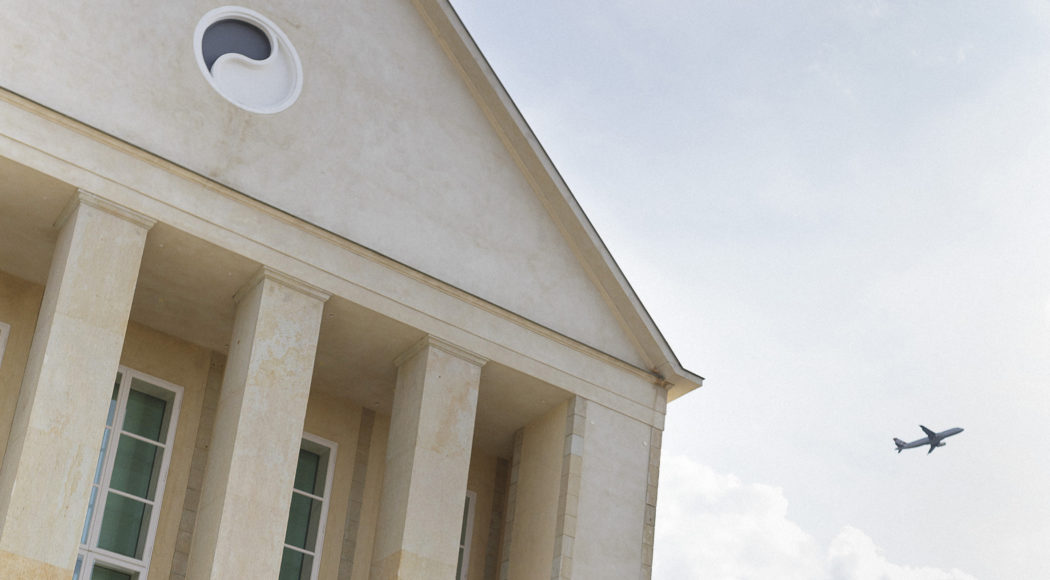 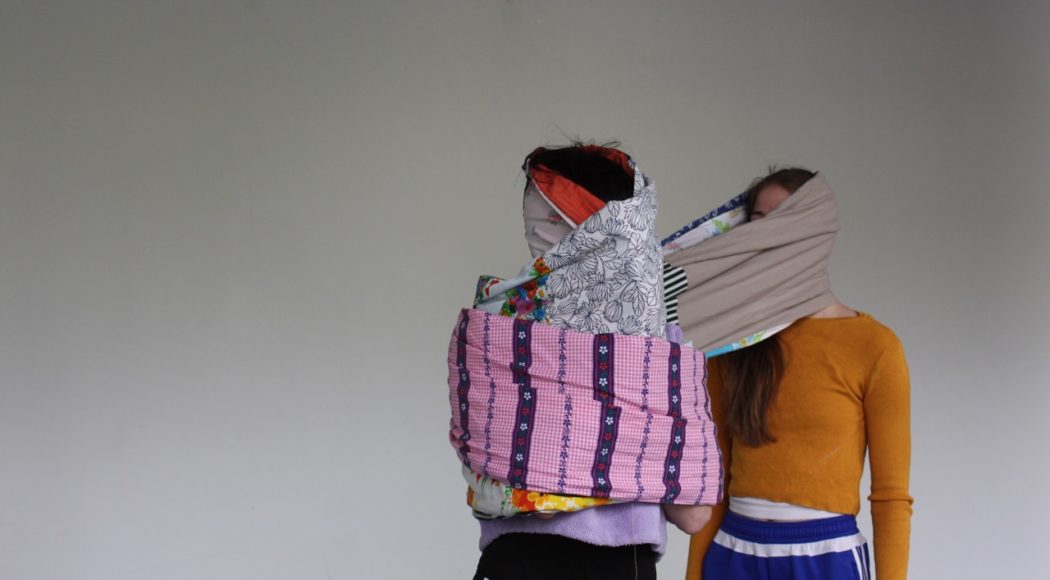 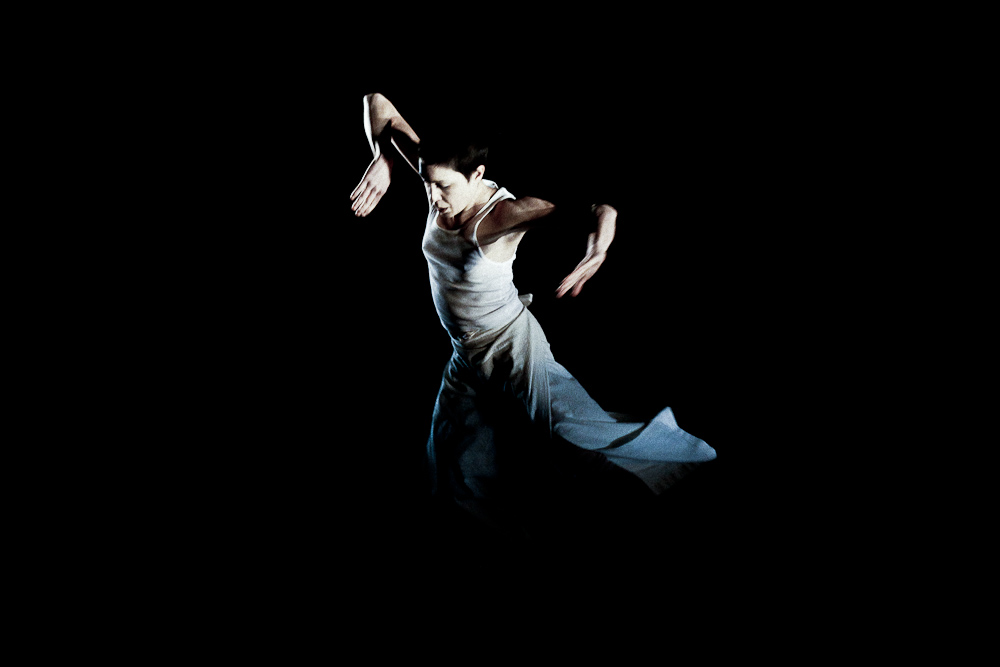 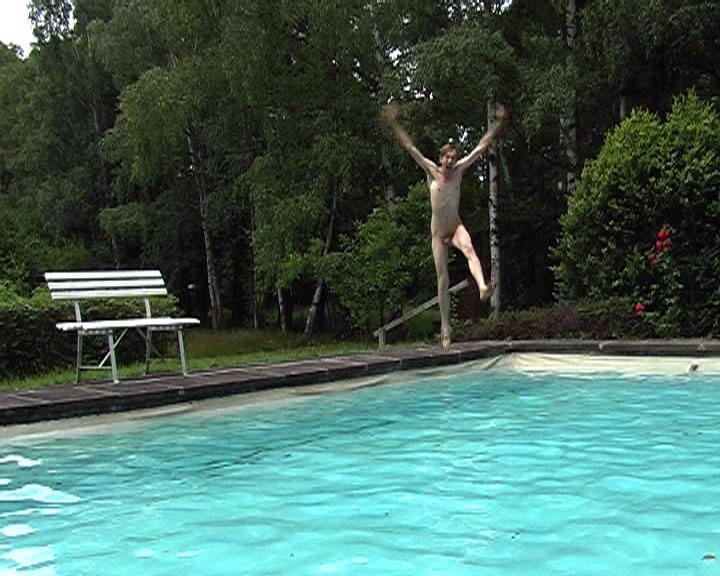 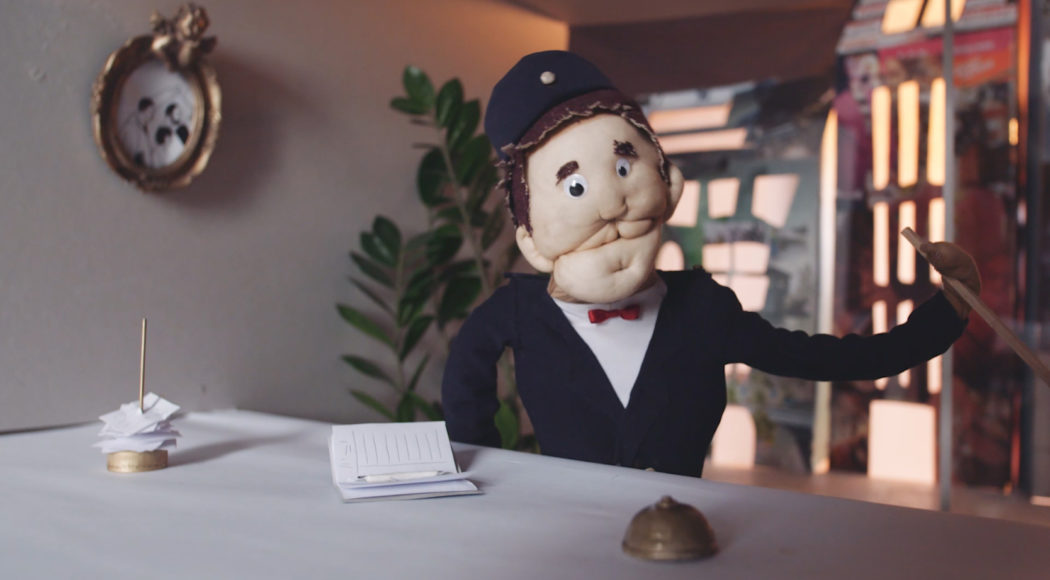 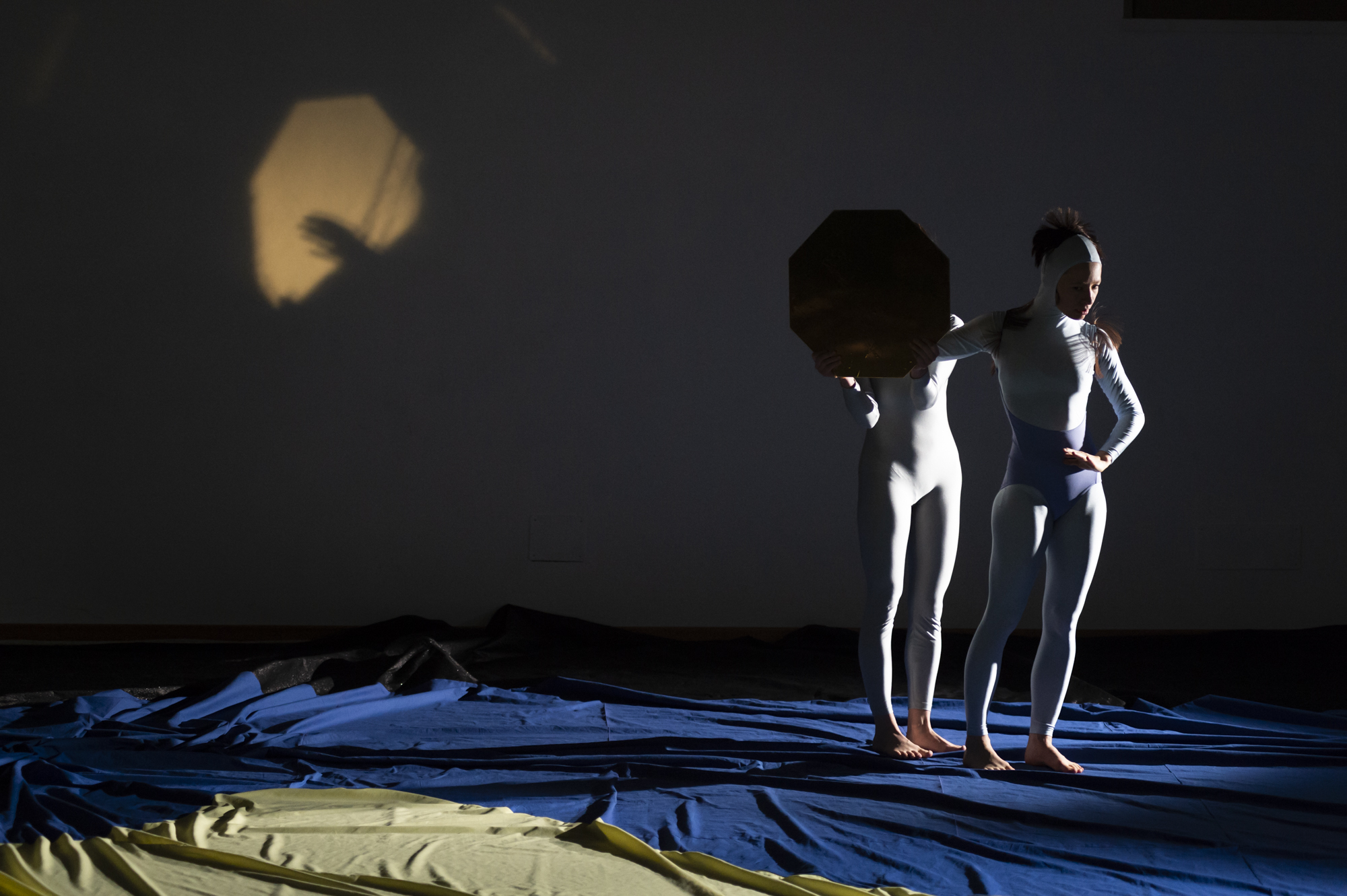 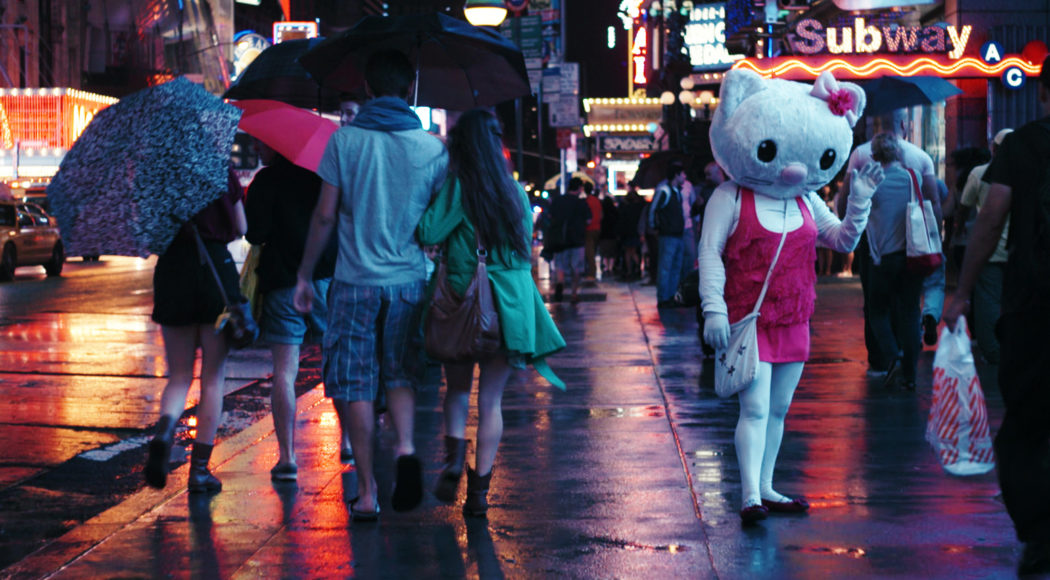 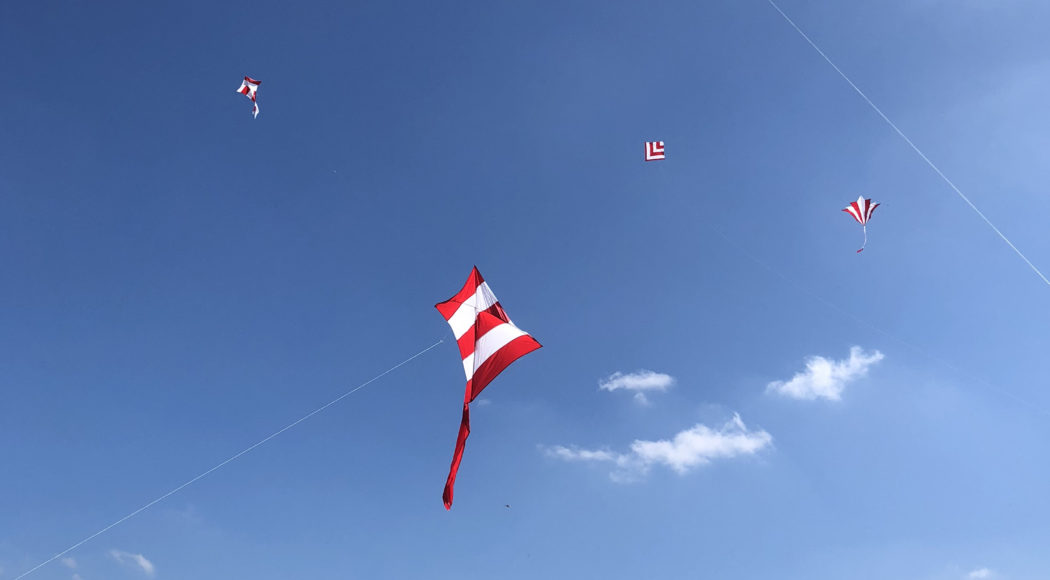 We cordially invite you to meet Dresden artists inside to come with the new HELLERAU team and get to know the history of the house. Discover short dance pieces, performances, music and video installations throughout the house and use the opportunity for stimulating workshops. An urban intervention invites to a special exploration of the surroundings.

SPACE | Opening choreography by students of the Marie-Curie-Gymnasium | 11:15 am, forecourt
The familiar and the strange of an unknown universe:
space/spaceshuttle/myspace/spacig: futuristic/ modern/ avant-garde – an intervention with ninth-graders from Marie-Curie-Gymnasium Dresden directed by Lissy Bauer and Kerstin Chill

11 am – 4 pm, Meeting at the Visitor Centre
half-hourly guided tours of the history of the house

Meet the new team! 12.45, 2.15, 3 pm, Dalcroze Room
The 2018/2019 season starts under the new artistic director of Carena Schlewitt. The programme will be directed by Moritz Lobeck (music/media) and André Schallenberg (theatre/dance). Meet the new team for a cup of coffee and talk to them.

Flying HELLERAU | Open Workshop with Raul Walch and Mustafa Ahaikh Rabbits | 11 am – 6 pm, Golgi Park, 5 pm the kites are released into the air.
Last year, artist Raul Walch and architect Mustafa Ahaikh Hasan worked together on flying objects for an exhibition at the Kunsthaus Dresden. During several actions the Elbe dwellings became an experimental field and a flying field for diverse flying objects.

For the opening of HELLERAU’s 2018/2019 season, they are planning another action in which the center will be freed from gravity to take to the air in good wind. The duo invites to a workshop and joint flight experiments behind the Festspielhaus Hellerau. The multifaceted flying objects will float beyond the Festspielhaus in the afternoon and carry the future programme of HELLERAU – European Centre of the Arts into Dresden’s airspace.

Within the framework of the open workshop, the participants have the opportunity to participate in the production of flying objects or to design their own kites.

The workshop is a Refugee Art Center project.
Registration to Judith Hellmann: hellmann@hellerau.org

ArtRose – The 60+ Community Dance Ensemble | Dance Workshop
3 pm – 5 pm, meeting in the visitor centre (side building west)
For all over 60s who want to express their vitality and joie de vivre in dance! Jenny Coogan and her group have succeeded in creating a space for creativity, life experience and movement. The members of ArtRose celebrate with all their vitality the physical expression of their maturity and life experience. No previous knowledge or special physical conditions are required – just enjoy the exercise and a good mood.
Next date after the festival 27.10.2018
Registration to Frauke Wetzel: wetzel@hellerau.org

Free and earthy | Dance Qigong with Martina Morasso | 12:15, 3.15 pm, Golgi Park
Just take off your shoes and get your head free for half an hour in the park, dangle lightly and lively with flowing movements. The workshop combines elements of free dance, QiGong and Taijiquan (ancient methods for harmonizing physical and mental energy). This reduces hecticness and trains the creative dynamics of the body.

Breaking Workshop with Kelox and Lehmi, The Saxonz | 2.15, 4.15 pm, Golgi Park
The Saxonz is an association of Saxony’s most performance-oriented breakdance dancers. In January 2013, three different regional groups formed a dance crew that set common national and international goals. One year after their foundation, they established themselves at the top of the German break dance scene and became unofficial German champions with two consecutive victories in the “Battle of the Year” in 2014 and 2015.

Lost in creation | Open rehearsal by Anna Till & Martina Francone/situation productions | 12.45, 4 pm, Ecksalon West
The universe as a place of longing. The cosmos as a projection surface. Space as an unlimited space for the invention of other worlds. Science fiction as a flight from reality. Two performers stage the stage as an unknown expanse and confront the audience with their idea of life on another planet.

plastic lab | Performance by go plastic Company (Cindy Hammer, Susan Schubert), Alexandra Börner, Kunststoffschmiede vom Konglomerat e.V. | 12 – 5 pm, Nancy-Spero-Saal
Plastic is dead, long live plastic. A laboratory of future ideas. We invite you to rethink and shape plastic. I, you, he, she, it, we, you, you, objects, which can be clamped, produce from old, used food packaging with the recycling code PP/5 for polypropylene. The costumes of the performers*. Bring your plastic garbage, recycle, listen, feel, move and interact with us together in the plastic lab.

Guerilla Story Walk – PP NEWS – another walk | Performance by Armada of Arts | 12, 2, 4 pm, forecourt | approx. 15 participants per round
The Armada of Arts turns public space into a backdrop and surprises with mobile puppet coverage on the subject of “rituals”. The Polit-Puppen-News ask radically, precisely and delicately: What are rituals? Who is carrying them out? What stories do they write? (Duration approx. 1 hour)

Newsreader Mika Eni Bott will guide you through the nearby Hellerau Gartenstadt housing estate. Private garages, hedges and public spaces become mobile news studios where you can watch films, live puppet shows and performances. They become witnesses of a new monument.

PLAYHOUSE of A. Documentary by Benjamin Schindler | 11 am – 6 pm, Studio East
Washington is not the capital of the USA, but Hollywood. Or: The postfactual age began in 1492, Benjamin Schindler’s poetic documentary film shows the land of unlimited possibilities as one of the unlimited forms of identity between pop culture and Christian faith. Reality and staging, dream and madness, sacred and banalities get into a whirlpool into which the film itself plunges. The world has woken up from the “American Dream”, at the latest after reality has been trumped by the staged fiction. But when fiction comes after the dream, where was and is “reality”? (Duration 31 min.)

abstracts of men – Research on masculinity | Installation by Romy Weyrauch (director, theatrale subversion) & Diana Wesser (video artist) | 11 am – 6 pm, Studio West
The video installation “abstracts of men” emerged from the production of the same name by director Romy Weyrauch in 2009. The work ties in with the public debate about the identity crisis of masculinity and questions the idea of a true gender. The starting point was the theatre maker’s gaze, who interviewed men of all ages about their masculinity in more than 20 hours of conversation. Together with video portraits of the artist Diana Wesser, a panorama of subjective perspectives and experiences of masculinity emerges. (Duration approx. 45 min.)

AUDITIVVOKAL Dresden: #the original modern ensemble | vocal | 12, 2, 4 pm, Great Hall
Since 2007, the ensemble with its director Olaf Katzer has discovered the musical terrain in an unconventional way and amazes every curious ear. The 24 singers*, who work together in small and large ensembles, master new microtonal sound worlds as well as the entire spectrum of vocal multiphonics. AUDITIVVOKAL regularly succeeds at numerous festivals in Germany and abroad and follows invitations to the important concert halls of German music centres.

Percolate | Performance by Charles Washington | 12 – 6 pm, everywhere
“Percolate” regards sound as the stimulation of movement that disturbs and builds up newly created moments. It’s about the presence between people, how they move in a room, how their eyes meet with sensitivity. “Percolate” looks into the social environment of communities, relationships and the gathering of people in spaces. It seems to bother the group. A construction of a new consciousness for a larger community and the way the body interacts. If it moves alone in space or in direct or indirect connection with others.

“Etudes. Amsterdam”, John Moran 1, 3 pm, side stage east
John Moran began his career in New York in the late 1980s. Philip Glass is considered his mentor, working with Uma Thurman, Iggy Pop and Allen Ginsberg in his operas. Since 2008 Moran produces mainly in Europe. Intimate theatre miniatures such as the solo performance “Etudes: Amsterdam” or the duet “John Moran … and his neighbor, Saori”. In 2017 he produced a new version of his opera “The Manson Family” in HELLERAU, Dresden.

Max Rademann and Ring Trio at the bar with grand finale | 4 – 6 pm, Dalcroze Hall
The Ring Trio takes the opportunity to enter the ring without a feature guest. Pianist Eren Solak, bassist Felix-Otto Jacobi and drummer Demian Kappenstein show the influence of more than 90 Feature Ring guests on their playing, their improvisation and communication and dare to look forward to the coming season.
At the bar and in conversation: Max Rademann, the inventor of the Tuesday salon.

Your meals are taken care of. 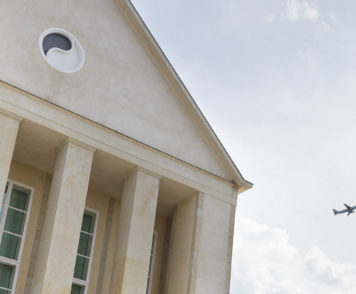 Season festival for the Day of the Open Monument