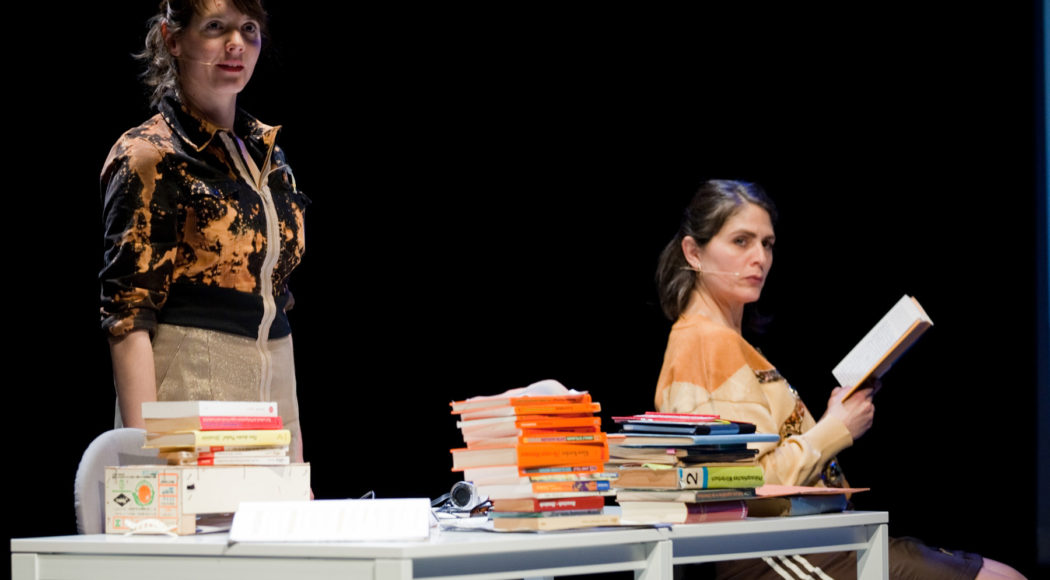 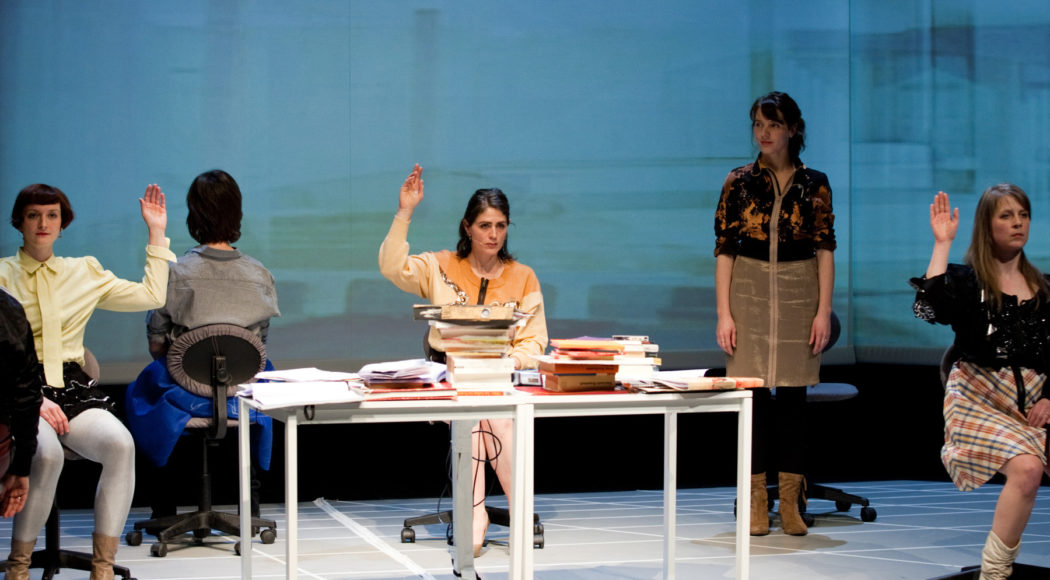 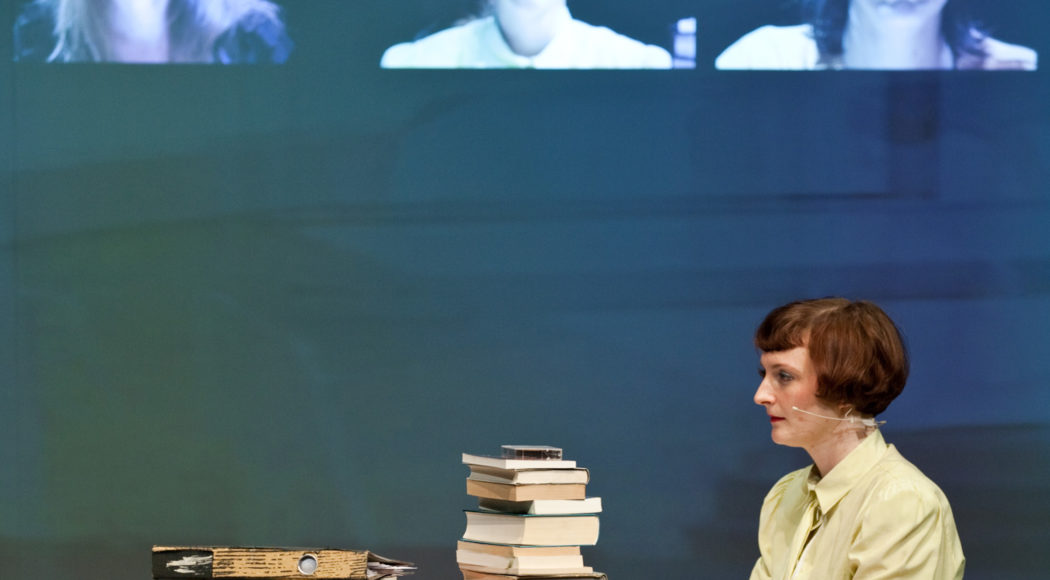 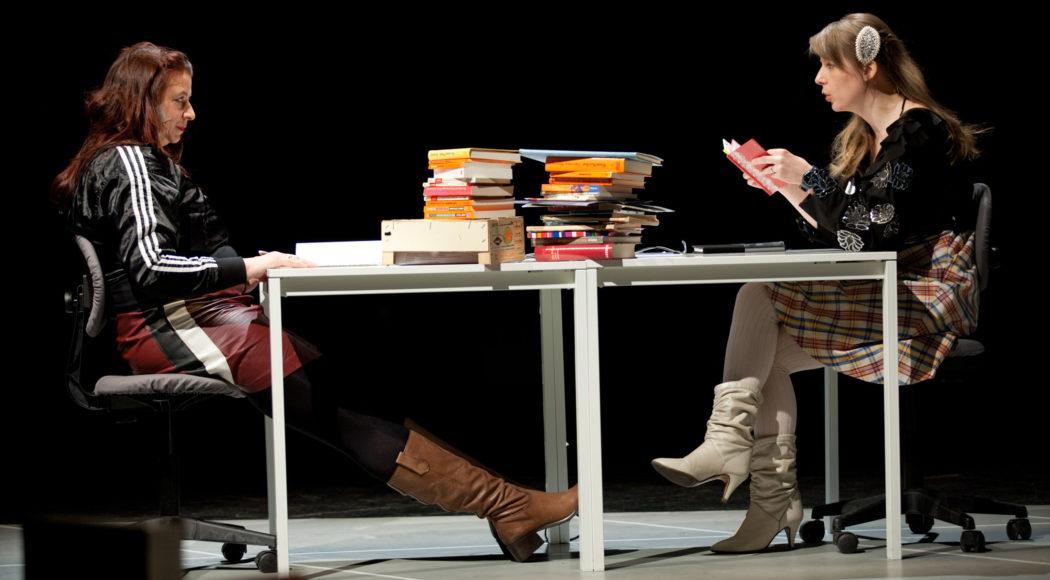 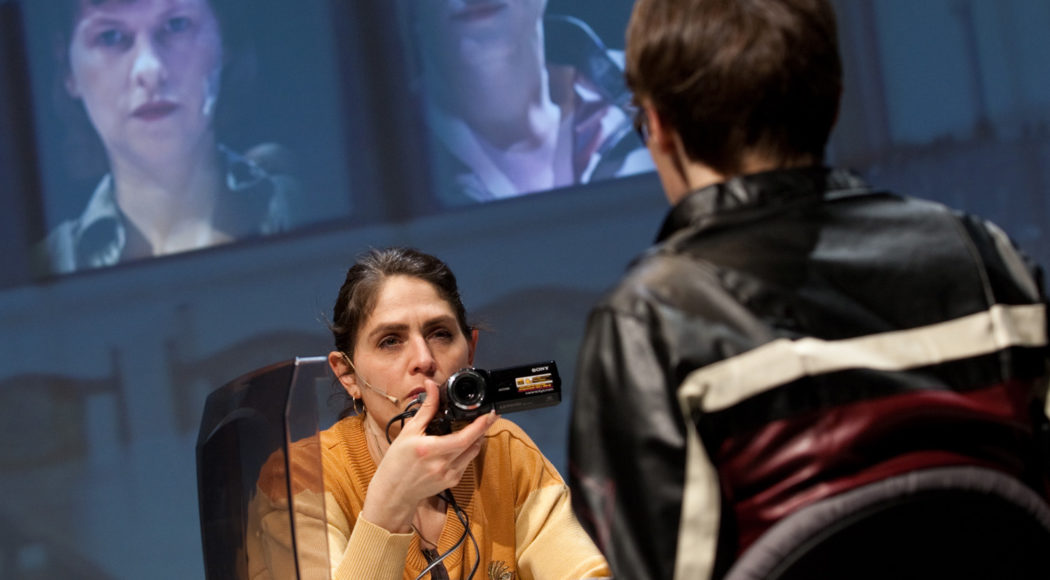 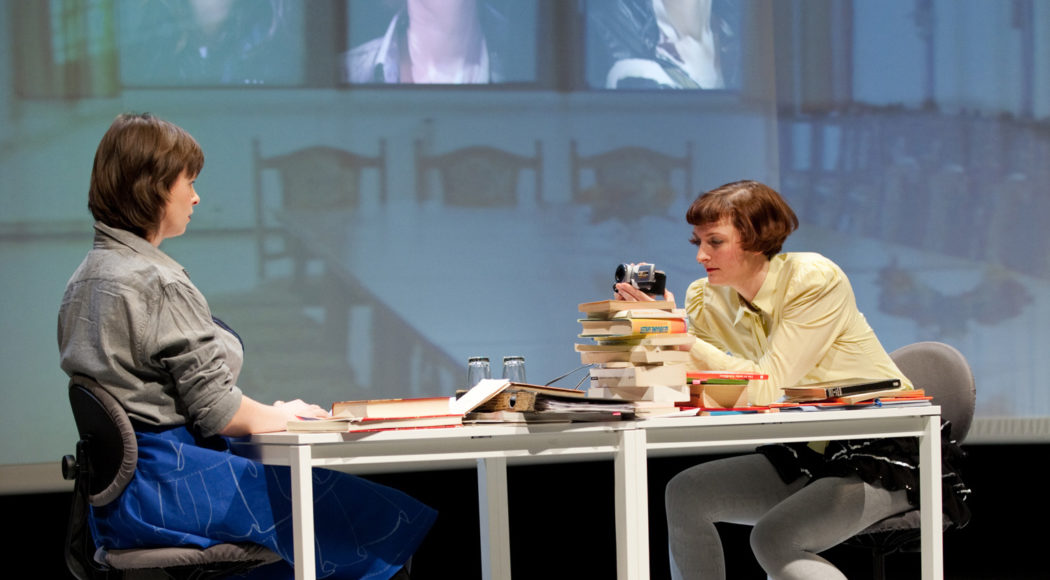 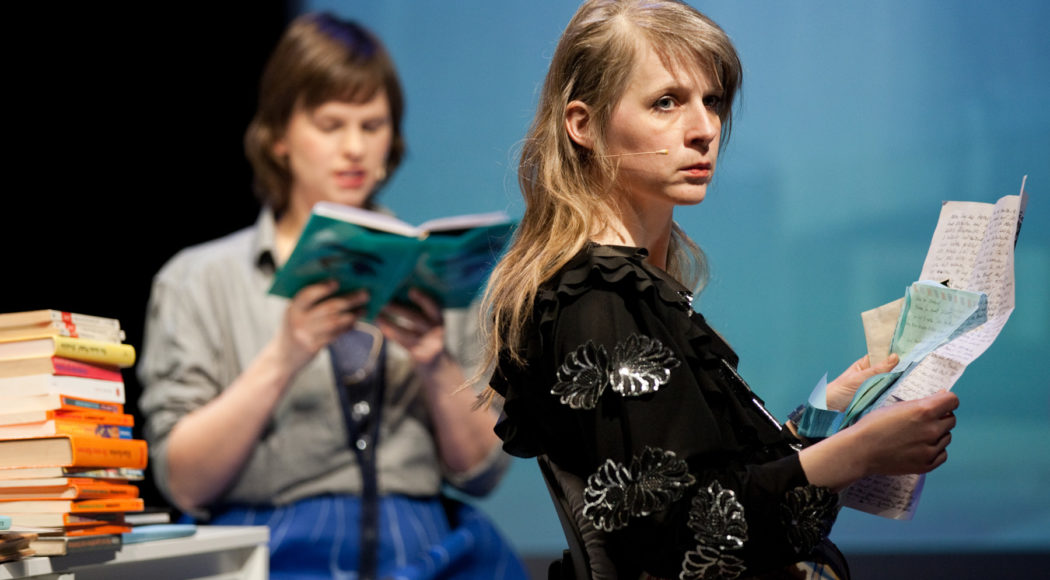 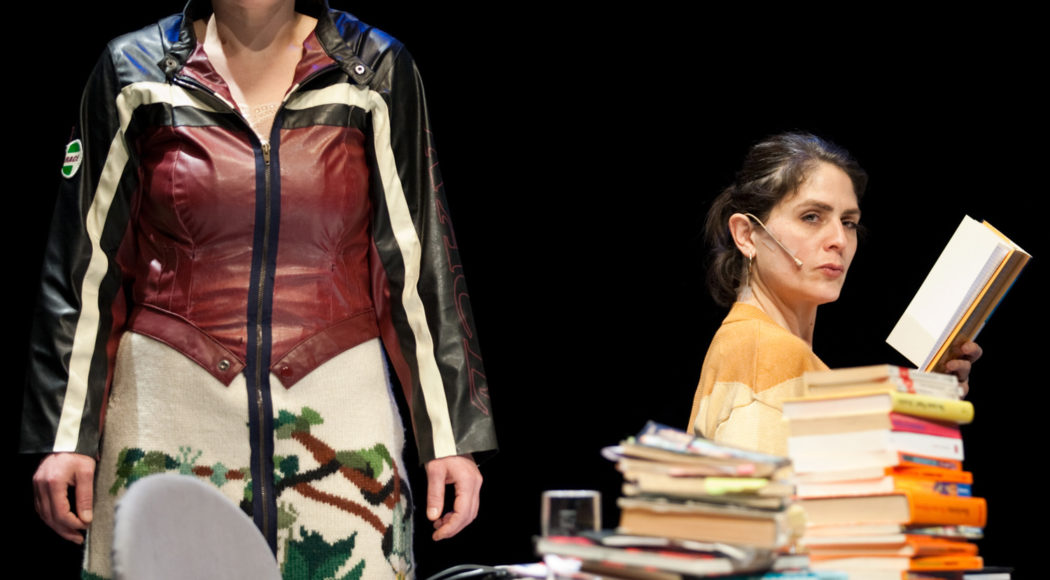 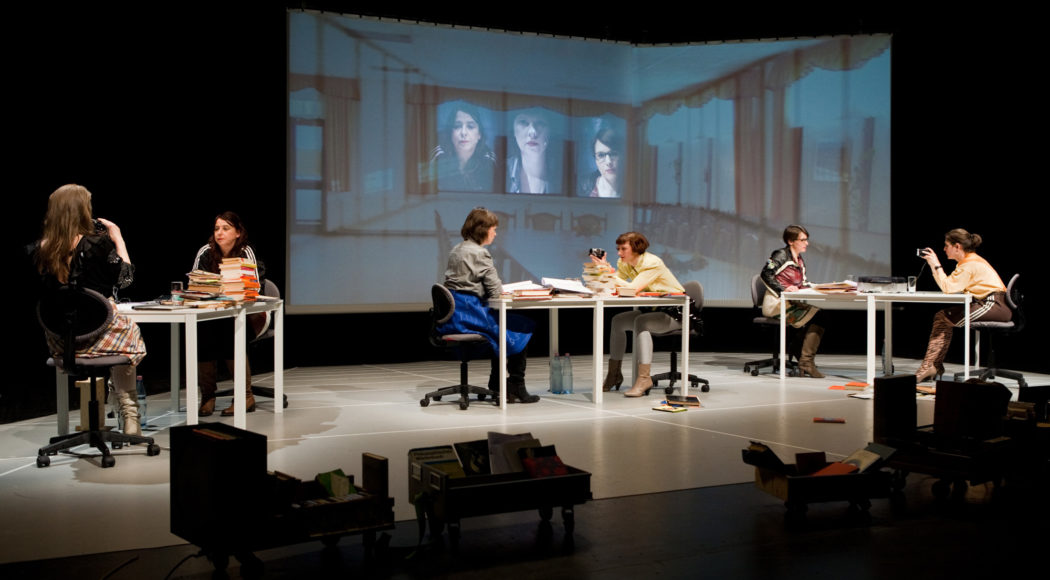 In the project Drawers, members of She She Pop (all grown up in the West) meet some East socialized opponents on stage to open their drawers for each other.

30 years after the fall of communism, they decide to approach each other anew. To do this, the performers draw on autobiographical material from their drawers. Letters, diary excerpts and other text documents are roughly sorted chronologically, as are the inner image archive of each person and music. The narratives that make up our lives are combined and read by the performers into thematic fields, and the soundtrack is played. Questions from the other person must be answered to the best of our knowledge, without recourse to objective, reliable sources. A many-voiced and deeply subjective chronicle of East West German history is told live, documented with private or publicly accessible text sources, referenced from memory, along or against the great worldviews.

As couples, the 6 performers sit opposite each other at tables in a room that is both an archive and a leisure home. And just like in the common room of a recreation home, these couples have to get to know each other. They will try to understand each other better and challenge each other in the process with the aim of finally entering into a real relationship.

“Reunification” is thought of in pigeonholes as relationship work. It becomes here afterwards and live for 3 east west pairs the concrete task on the stage. Who are you? How did you become the woman you are sitting opposite me today? And as in every bad or good relationship, misunderstandings and projections play a decisive role. The performers will try to honestly show the degree of closeness that is possible between them. The stage becomes a place for utopian dialogue.

She She Pop and her Eastern colleagues are committed to polyphony, to collective narrative. The gaps, inaccuracies and missing connections are part of the system. Who were we? Who are we? Why did we become like this?