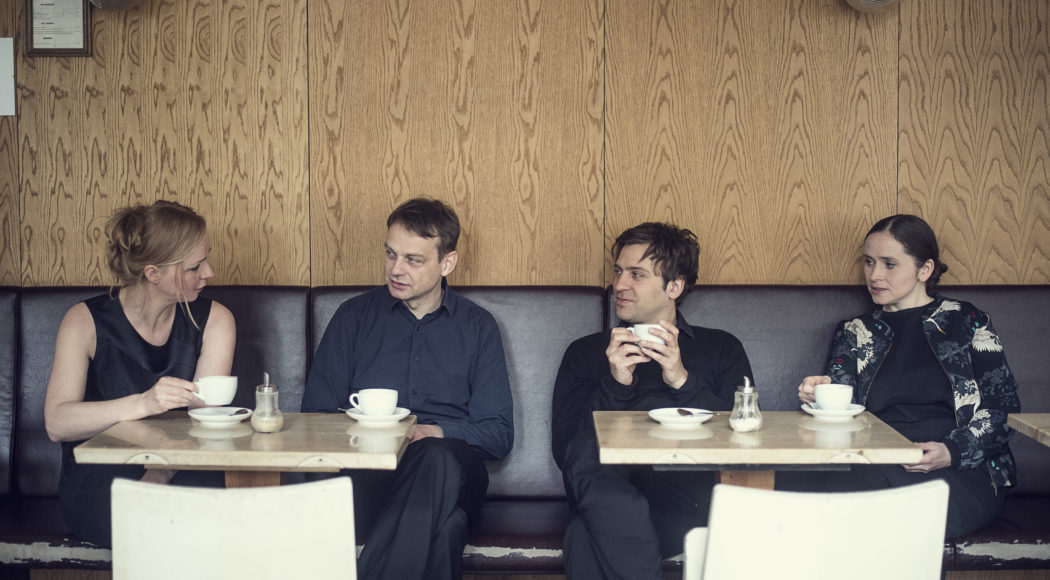 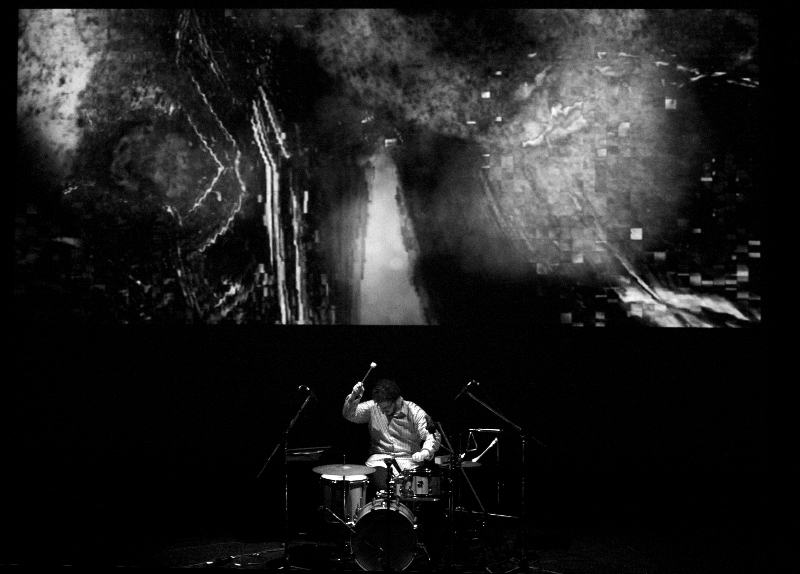 Adapter is a German-Icelandic ensemble for new music based in Berlin. The core of the group is a quartet of flute, clarinet, harp and percussion. With a progressive and powerful style, the musicians*in concerts and in the studio devote themselves to an individual and international repertoire of contemporary music, questioning the concept of chamber music in experimental settings.

Simon Løffler (*1981) composes pieces that explore instruments as a natural extension of the body. Only a few of his pieces are played with traditional instruments, rather a new instrumental approach is sought to create a music that explores the finest details of the movements of our bodies.

Ensemble Adapter and Simon Løffler are regular guests at the most important international festivals for new music, now they can also be seen for the first time in HELLERAU.

Alexander Schubert is one of today’s most interesting composers who work on the cross-genre interface of acoustic and electronic music. Formally notated live electronic compositions and tape recordings are just as much a part of his field of work as the design of software setups and sensor-based extensions of instruments for intuitive operation in improvised contexts.

Based on this technical requirement, I wanted to create something that would work like a large convolution: The material being played is interwoven with the movement of the acoustic instrument playing at different times of the day – it is interwoven with each other in terms of time and movement. But the additional sounds and genre elements are also integrated into the drummer’s playing, so that he is put in a position to control these set pieces, which go beyond a solo repertoire, but above all to integrate them. The nesting of sound fragments, the percussion itself and the live electronics, brought together in the movement of the musician to produce a result that lies between contemporary music and electronica, was what appealed to me. […] The fields of mathematical integration and folding simply serve me as a symbol and scientifically pseudo-correct description of the collapse of time, movement and stylistics.”

DJ-Set in co-operation with objekt_klein_a