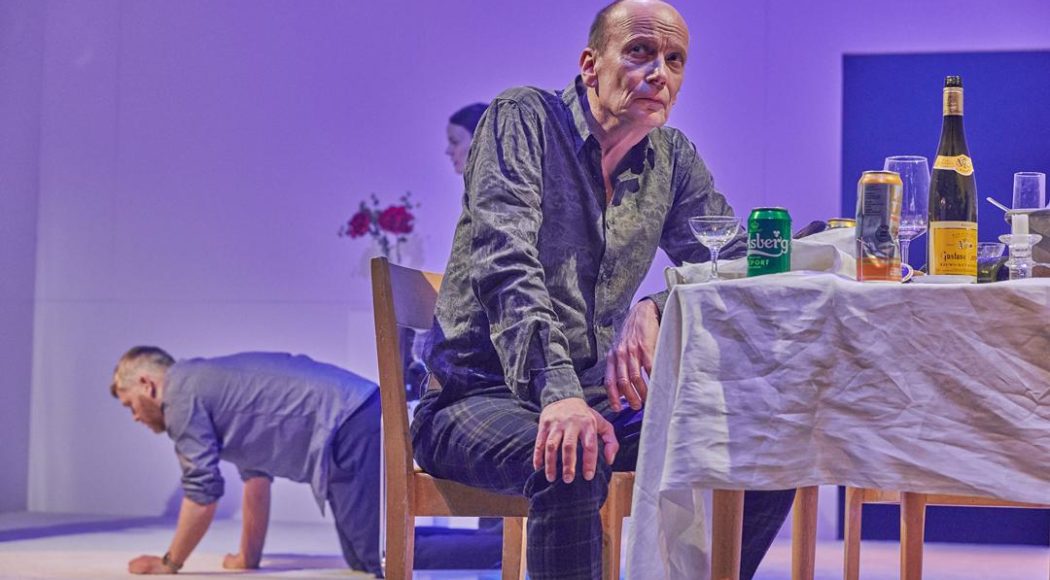 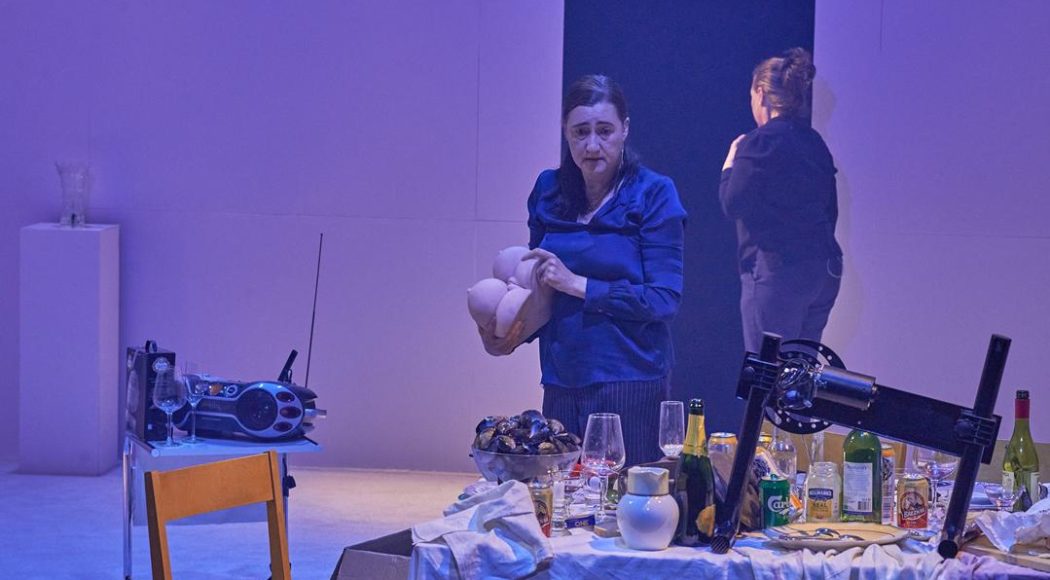 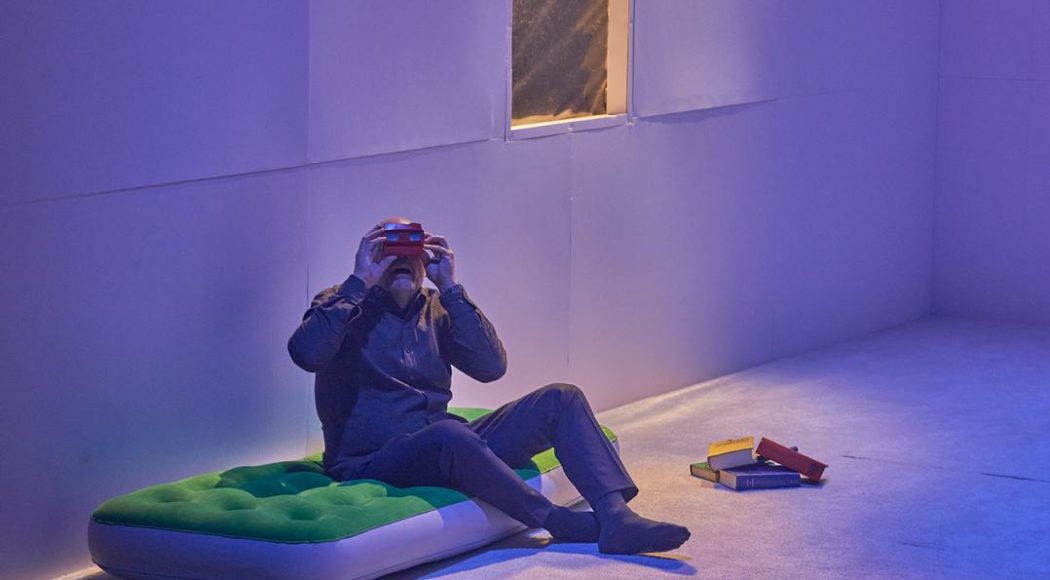 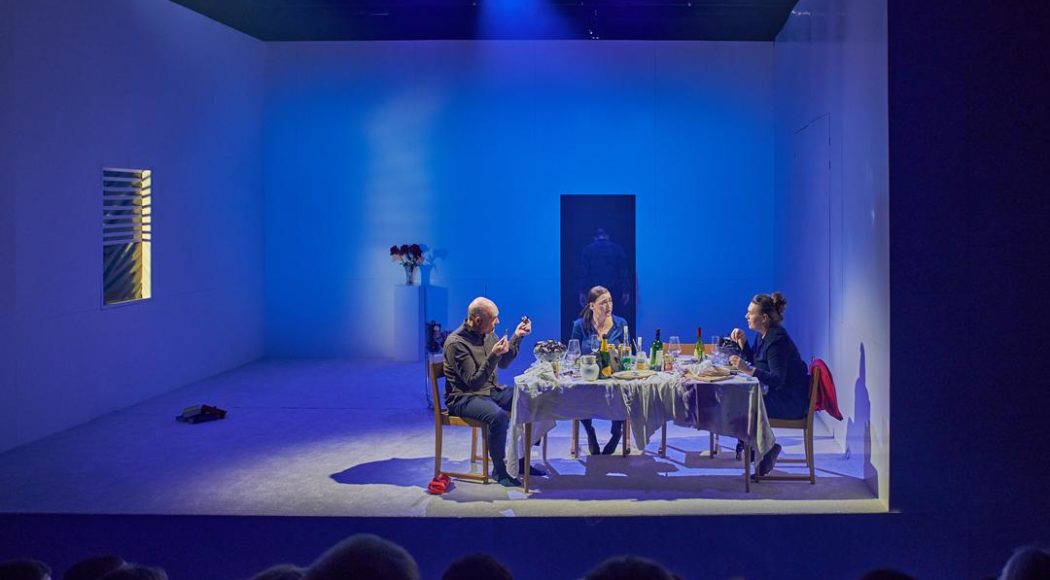 What does a student of directing at a theatre academy do when the academy has no money to hire actors for his final production? Theatre without performers? But with light, sound, fog and a few remote-controlled lawnmowers instead? With his team of five, Karl Sjölund chose a radically different way. They present the audience with a production, in which the protagonists on stage agree to follow performing instructions over an ear piece, without rehearsals, without knowing the text, roles or plot. A play that is written for this situation and staged down to the last detail meets an ensemble for whom everything that happens on the stage is completely unknown territory. What happens in this scenario?