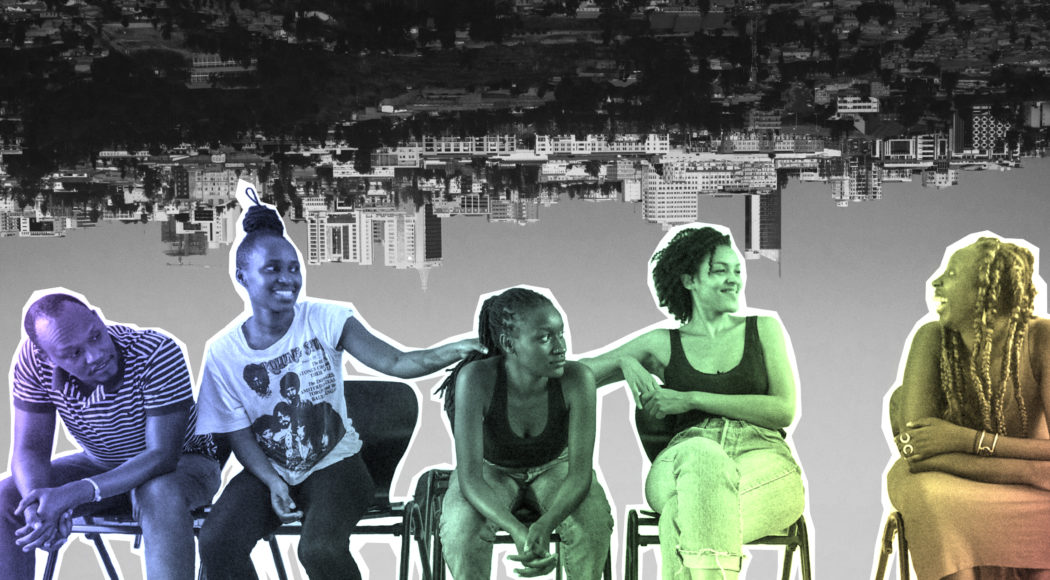 Rwanda has long since achieved what women in Europe are still fighting for: 61% of members of parliament are women. In Germany, the figure is only 31% and, notes Angela Merkel, this is no glorious record. LEARNING FEMINISM FROM RWANDA questions the women’s quota as a political instrument and how it changes culture and attitudes.

After the genocide in 1994, the East African country made gender justice the basis of its policy. In Germany, on the other hand, parity is still a long way off, although equality has been enshrined in the Basic Law since 1949. Five performers follow the trail of Rwandan fast-track feminism through glossy statistics and glass ceilings to behind the scenes at home and at work. What can Europe learn from Rwanda?

With flaming speeches, statistics, lamentations and protest choreographies, they perform for poor Europe, which is struggling for meagre quotas, while Rwandan female pilots fly blood bottles with drones across the country and digital data rush to the smartphones of female MPs.

Due to the Corona pandemic, two performers* will perform live and three on video.