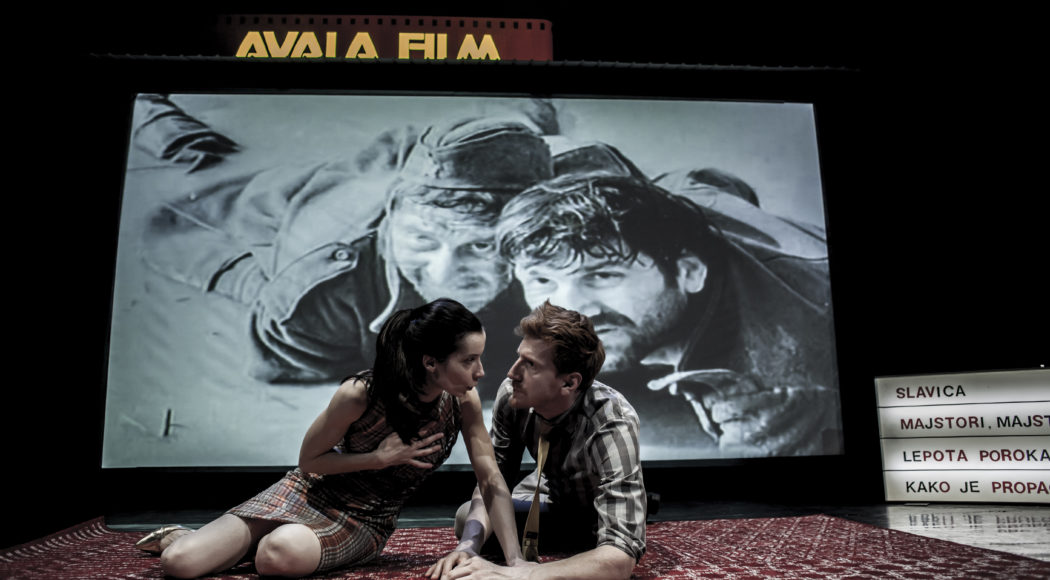 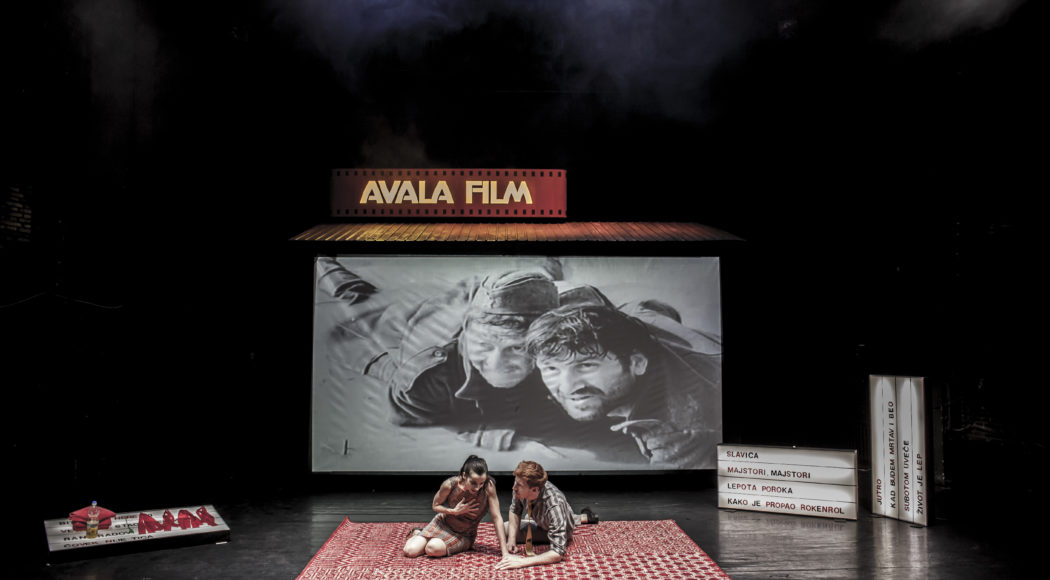 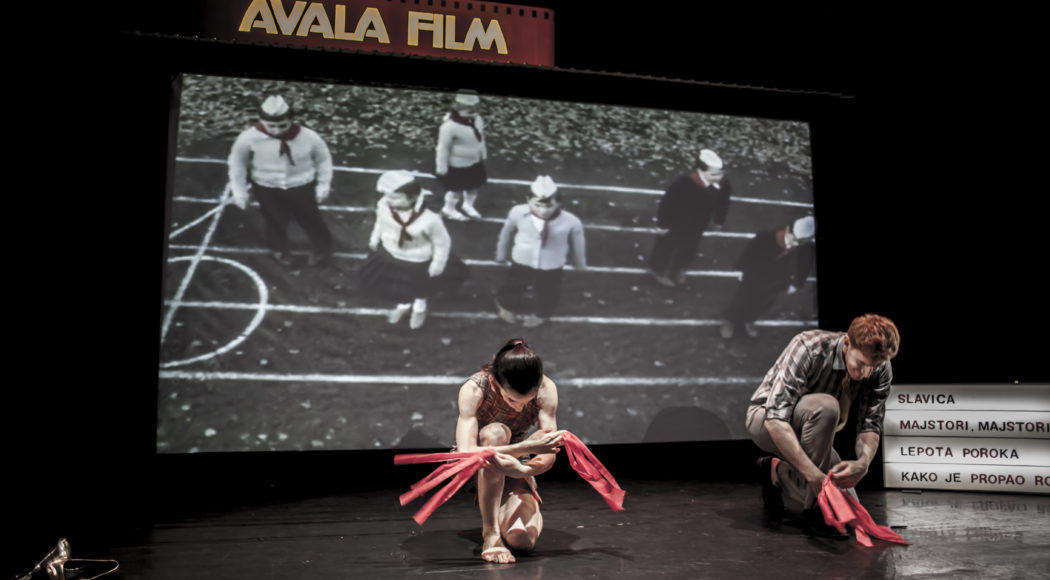 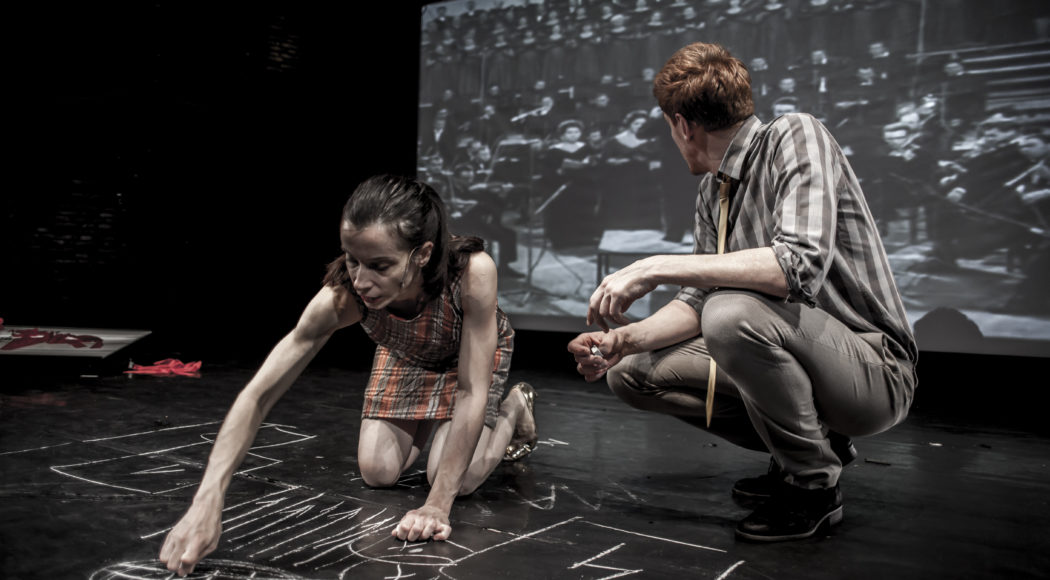 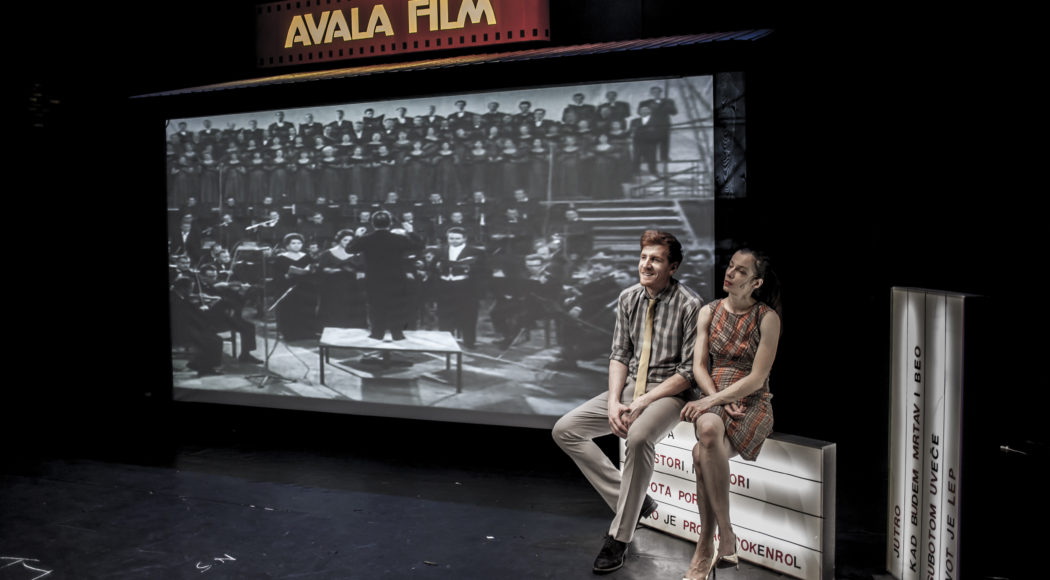 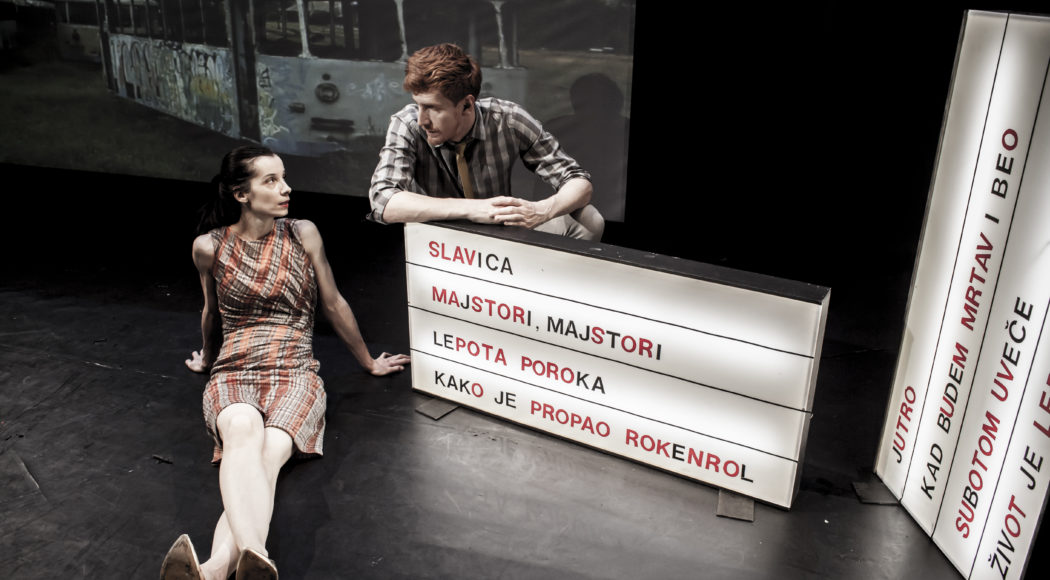 The country in which the theatre-maker Sanja Mitrovic and the actor Vladimir Aleksic grew up exists only in memory: the Socialist Federal Republic of Yugoslavia. New states with different names and different narratives about themselves have taken its place. But what has become of the ideals of that time? What values such as solidarity, social justice or public spirit are still valid today – in a time in which materialism and individualism enjoy almost religious veneration? Is there only community when we grieve or protest?

In “I Am Not Ashamed of My Communist Past” Mitrovic and Aleksic look back on their childhood and youth in Yugoslavia in the 1980s. They make use of the huge pool of films from the once internationally renowned Yugoslavian cinema. Here they find, captured in expressive images, everything that shaped the values, attitudes and perceptions of the people at that time: the anti-fascist resistance, the welfare state and the sense of community, but also the nationalist wars, the post-socialist upheavals and finally the economic decline. In their play, the two enter into an intensive dialogue with the old films. They play scenes and reenact dialogues or comment on the events from off screen. With intellectual sophistication and playful lightness, they weave the screen and stage into a touching, personal retrospective of a piece of European history that is not only their own.