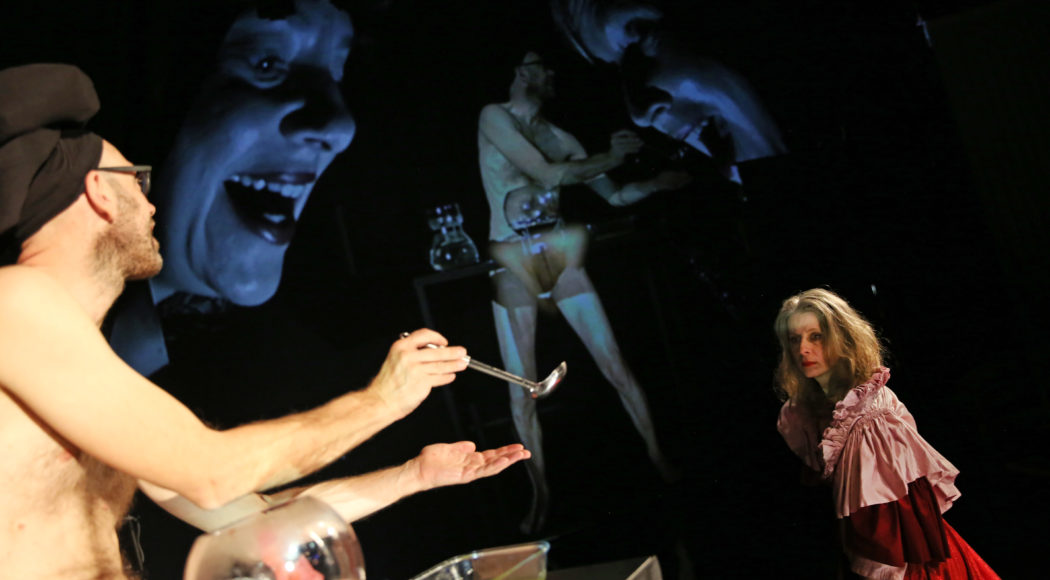 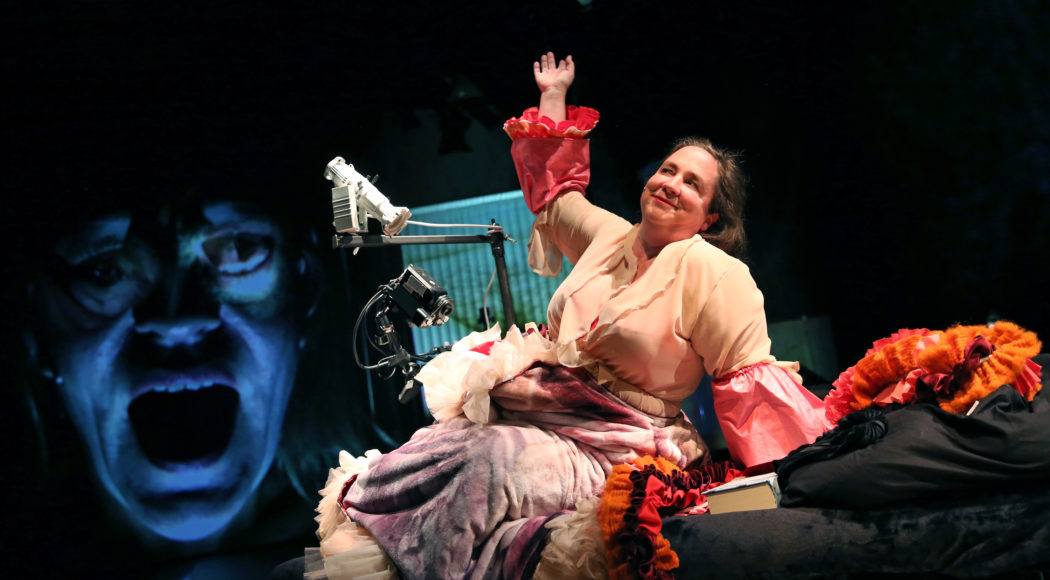 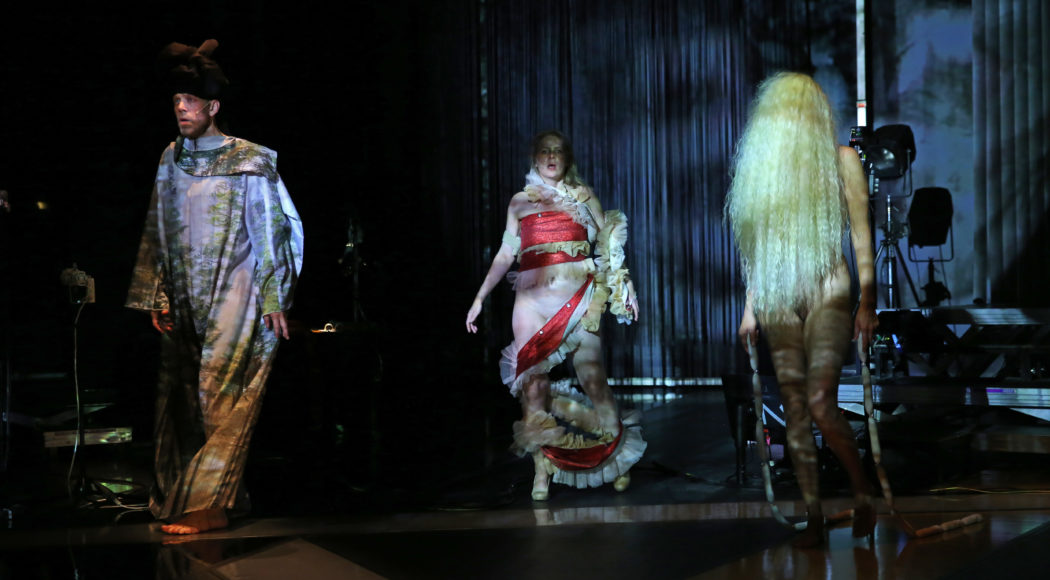 In 1962, the film “Whatever Happened to Baby Jane” was released, a psychological horror thriller about two ageing sisters. Bound together by a terrible secret, they live together in a mansion in the Hollywood Hills and make each other’s lives hell. The film founded a new film genre: the so-called psycho biddy or hagsploitation film. The film diva steps in front of the mirror in a studied pose, she sees her aged face as a distorted image of herself and breaks out into a horror-inducing scream over it: an image that has become iconic.

In 2020, the members of She She Pop are all around 50 years old and deal with the fear of the hag, the old woman and the witch. Like Bette Davis and Joan Crawford, they fight against the disappearance and loss of meaning that women beyond childbearing suffer as social subjects. The performers naturally use their ageing bodies for this purpose. The body has been for women in capitalist society what the factory has been for male wage workers, writes Silvia Federici: the main site of their exploitation and resistance – both a source of identification and a prison.

The witch, the anarchic, heretical woman, stands for unpro- ductive sexuality and for generally deviant behaviour towards power structures and authorities such as the church or the state. To this day, the term “witch” is used to dis- cipline, stigmatise or socially disparage resistant and aggressive women. After “50 Grades of Shame” and “Spring Sacrifice”, this performance is again created in close collaboration with the video artist Benjamin Krieg. Several live cameras serve the performers as mirrors, magnifying glasses and intimate instruments of investigation: their own ageing process is revealed on the threshold between naked presence and artful representation. The performers examine their own disturbing flaws and obsessions, they explore taboos and quote traditional representations of witches. In doing so, they also use the camera as a magic box with the help of which their own bodies can be transcended in order to create ever new liberating self-images with melodramatic disgust and comic pleasure: “Mr. Demille, I’m ready for my close-up!” (Norma Desmond in Sunset Boulevard, 1950)

The Berlin performance collective She She Pop was founded in the 1990s at the Gießen Institute for Applied Theatre Studies. In the meantime, more than 35 plays have been created. Most recently, the artists received the Theatre Prize Berlin in 2019. 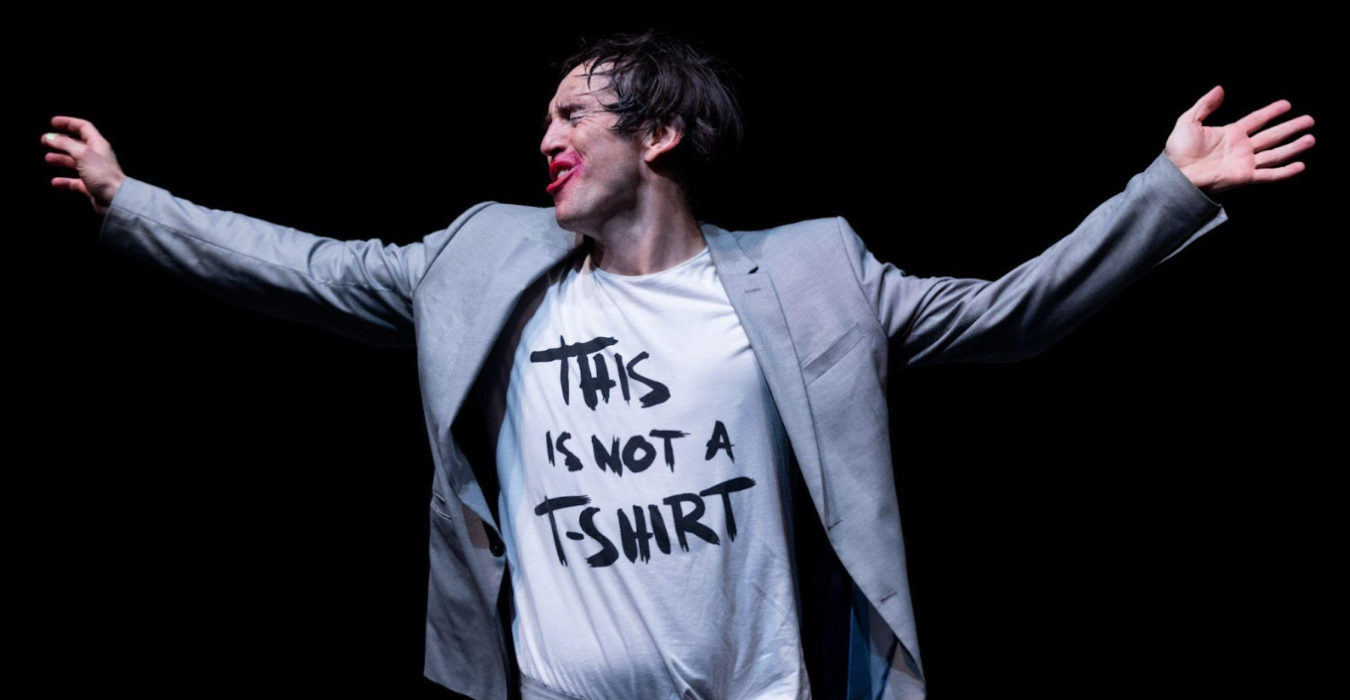 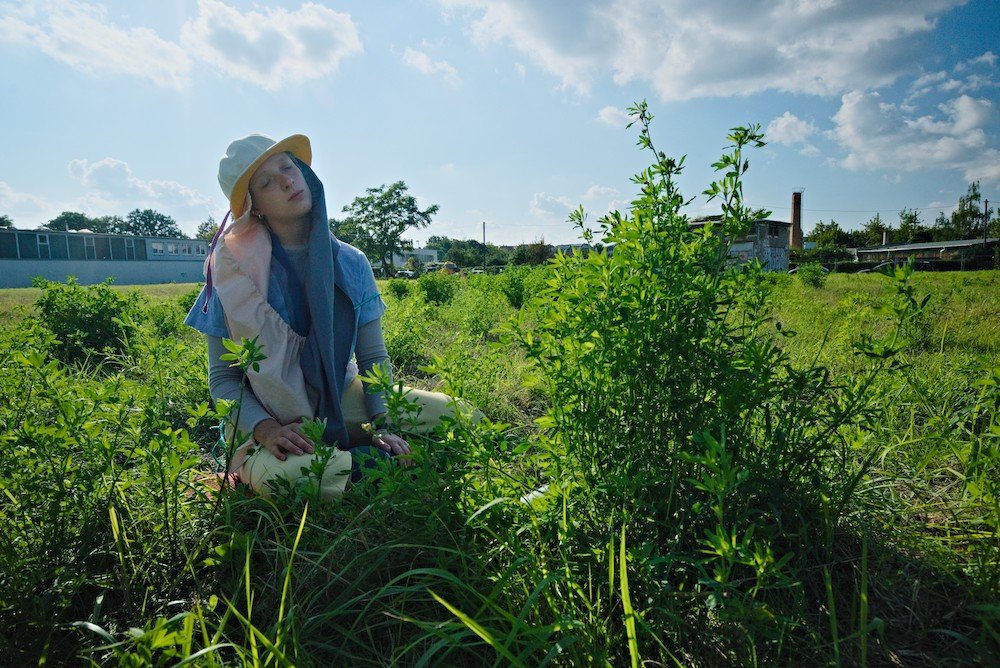