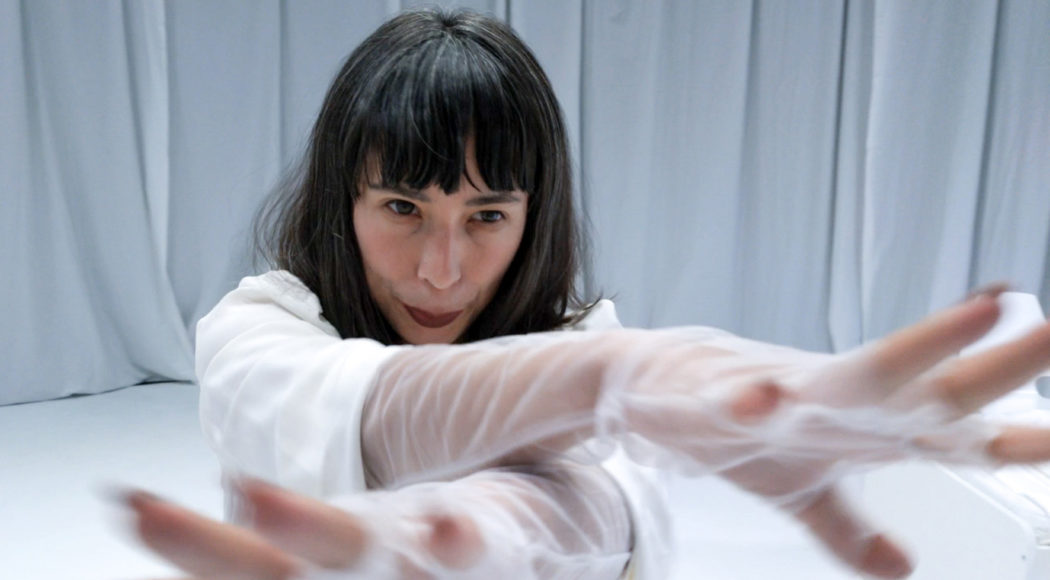 In the first panel “Care and Care Work” we will talk to the festival artists Claire Cunningham, Boglárka Börcsök and Andreas Bolm about their works and the connections to questions of care, care work and community. Claire Cunningham has critically examined the concepts of care in numerous artistic projects, but also in theoretical texts, and pleads for a respectful and differentiated approach to these issues. Boglárka Börcök and Andreas Bolm have dealt with physical aspects such as ageing, speed and time perception in film and performance works and have also reflected on this in workshops with nursing staff, among others.

Boglárka Börcsök (1987) is a performing artist and choreographer who grew up near the Romanian and Serbian border in the lowlands of South – East Hungary.

She left Hungary to study contemporary dance at Anton Bruckner Privateuniversität in Austria and at P.A.R.T.S. in Belgium.

Börcsök worked for several years as an artistic collaborator and performer with Eszter Salamon in her acclaimed MONUMENT series. As a dancer and performer she worked with various artists internationally such as Boris Charmatz, Joachim Koester, Tino Seghal, Kate McIntosh and Ligia Lewis.

Boglárka Börcsök has been collaborating in the field of performing arts with the artist and filmmaker Andreas Bolm since 2017.  By using methods of expanded choreography, their work examines how memory and history are expressed in personal gestures and movements, exploring the fine line between documentary and fiction. Currently they are based in Berlin and Budapest.

Claire Cunningham is a performer and creator of multi-disciplinary performance based in Glasgow, Scotland.  2017-2019 she was Factory Artist at Tanzhaus NRW Düsseldorf, currently she is Affiliate Artist at The Place, London.

One of the UK’s most acclaimed and internationally renowned disabled artists, Cunningham’s work is often rooted in the study and use/misuse of her crutches and the exploration of the potential of her own specific physicality with a conscious rejection of traditional dance techniques (developed for non-disabled bodies).  This runs alongside a deep interest in the lived experience of disability and its implications not only as a choreographer but also in terms of societal notions of knowledge, value, connection and interdependence. In July 2019 Claire premiered the ensemble piece, Thank You Very Much at Manchester International Festival which went on to win CATS awards for Best Ensemble and Best Sound and Music.  In 2021, Claire was honored for her Outstanding Artistic Development in dance at the German Dance Awards.