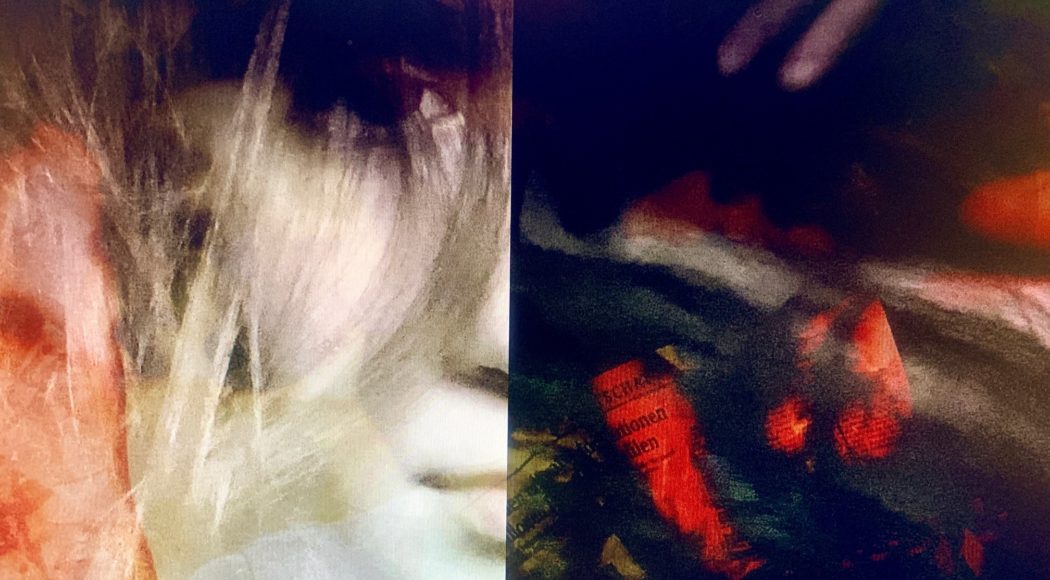 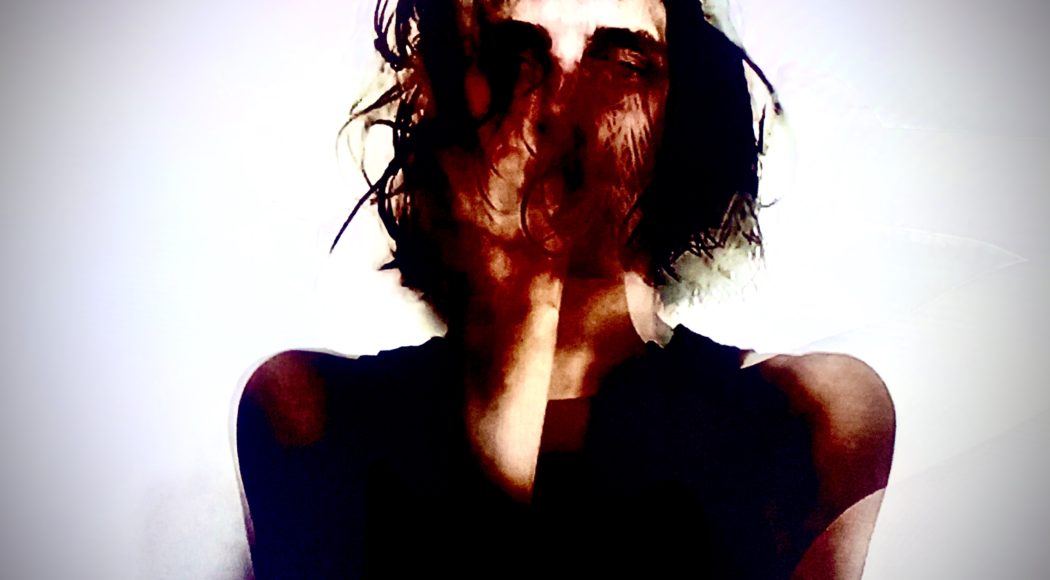 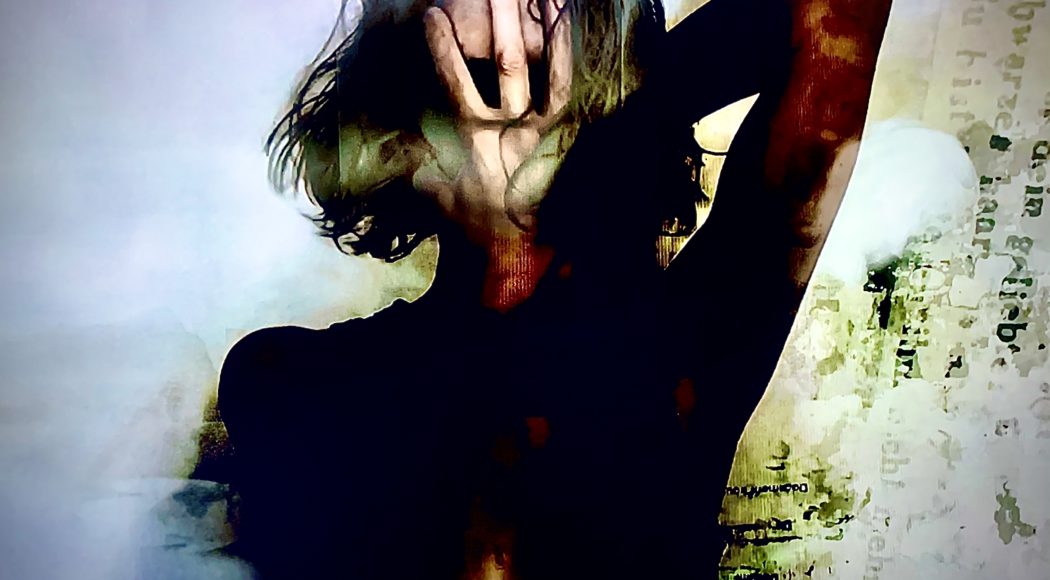 After the audio-video installation with performance EURYDIKE vol. 1 at the TONLAGEN Festival HELLERAU / SPOR Festival Århus / KONTRAKLANG Festival of the Akademie der Künste Berlin, Oehring and team follow Eurydice on her way out of the “underworld” – out of isolation and external as well as internal imprisonment – back into society in the audiovisual dance-music-film drama EURYDIKE? vol. 2. In the process, they reflect possible existences between victimhood and perpetration, revenge and remorse, attempts and failure, utopia and capitulation.

From the cinematic, choreographed and visual language of EURYDIKE? vol. 1, the three protagonists in EURYDIKE? vol. 2 enter into music-theatrical stage action with the instrumentalists. At the same time the TanzFilmRequiem portrays prisoners of the JVA Dresden and Bautzen – people and their biographies, caught between the extremes of years/decades-long imprisonment and social as well as media isolation. In several years of accompaniment and collaboration with imprisoned artists of the JVA Dresden in the neighborhood of the Festspielhaus HELLERAU, who are involved in the theater and art pedagogical work of the prison, Oehring and team not only integrate texts, audio and video recordings of their encounters with the prisoners into the form of score and realization, but also open the stage space of the performance in the Festspielhaus HELLERAU to the real life worlds of the imprisoned artists.

In the winter semester 2020/21, drama students of the University of Music and Theatre “Felix Mendelssohn Bartholdy” Leipzig under the direction of Prof. Dr. Regine Elzenheimer accompanied the artistic development process and developed a satellite project with their own impulses.
Click here for the project.Hier geht’s zum Projekt.

The composer, author, choreographer and director Helmut Oehring was born in 1961 in Berlin (East). As a child of deaf parents, the sign language of the deaf is his mother tongue, whose spatial syntax and grammar is also one of the foundations of his audiovisual scores, choreographies and productions. Self-taught as a guitarist and composer and not admitted to university studies in the GDR due to repeated refusal of military service, he became a master student of Georg Katzer at the Academy of Arts in Berlin in 1990. In 1990 he received a scholarship from the Akademie Schloss Solitude and in 1994/95 a scholarship from the Villa Massimo in Rome. Since then he has received awards such as the Orpheus Chamber Opera Prize Italy (1995), the Hindemith Prize (1997) and the Arnold Schoenberg Prize (2008) for his entire oeuvre, which – since the early theater music for Ruth Berghaus’ productions of Bertolt Brecht’s works at the Thalia Theater and the inspiring collaborations with artists such as Peter Greenaway, Robert Wilson, Friedrich Goldmann, Claus Guth, Joachim Schlömer, Michael Simon, Ulrike Ottinger, Maxim Dessau, Lothar Zagrosek, Patrizia Kopatchinskaja, Ingo Metzmacher or Daniele Abbado – today comprises approx. 400 works of nearly every genre that are performed worldwide. The New Yorker called him one of the “most influential audiovisual composers alongside John Adams, Kaija Saariaho, Björk and Robert Ashley.” In 2011, btb/Randomhouse published his autobiography, With Other Eyes. From Child of Deaf Parents to Composer, which was produced as a radio play by SWR in 2015, directed by him, and will soon be filmed based on his script and with his music. Helmut Oehring is a member of the Berlin Academy of the Arts and the Saxon Academy of the Arts, as well as the Academy of German Music Authors. In 2015 he received the German Music Authors Award in the category of music theater. In 2020/21 he is Excellence Fellow of Villa Aurora/Thomas Mann Haus in Los Angeles.

Librettist, dramaturg and director Stefanie Wördemann, born near Hamburg in 1974, studied musicology and German language and literature at Humboldt University in Berlin and was a founding member of the Akademie Musiktheater heute – Berlin/Salzburg and the labor für musik:theater Berlin. After assistant directing for Peter Konwitschny at the Deutsche Oper Berlin, among others, she became music theater dramaturg at the Theater Osnabrück in 2001 and was dramaturg and editor of the Berliner Philharmoniker in 2002-06. Since 2007, she has been working as a librettist and director, including staging the world premieres of the music theater QUIXOTE oder Die Porzellanlanze (premiered 2008 at the European Center for the Arts Dresden HELLERAU/musica vivaMunich) and Mahagonny Songspiel/Die WUNDE Heine (premiered 2010 with Salome Kammer and the Ensemble Modern Oper Frankfurt a.M./Weill-Fest Dessau/Ruhrtriennale Köln), Orfeo14 vol. (premiere 2014 with Ictus Ensemble and Emanuelle Haïm/Le Concert d’Astrée at Opéra Lille) and FinsterHERZ oder Orfeo17 (premiere 2017 with Kammerakademie Potsdam and refugee musicians and deaf refugees at ARENA Potsdam) as well as KUNST MUSS zu weit gehen oder DER ENGEL SCHWIEG commemorating Heinrich Böll’s 100th birthday (premiere 2017 with Ensemble Musikfabrik and at Oper Köln).

Sound designer and sound director Torsten Ottersberg worked as a rock musician and lyricist before becoming a founding member of an experimental audiovisual studio at Filmkunsthaus Babylon/Berlin-Mitte in 1990. In 1992, Ottersberg’s intensive collaboration with Helmut Oehring began with the founding of the electronic studio GOGH surround music production (the studio as an instrument), as a platform for audio productions of contemporary music, electroacoustic experiments and installation works, which to this day realizes works by contemporary composers in the fields of opera, theater, concert, video and film with pre-recorded and live electronics, among others. Since then, Ottersberg has concentrated his work on areas such as surround production and surround live production. He is responsible for the audio conception and realization of productions of contemporary music and contemporary music theater on European stages and at international festivals. In recent years, he has realized his sound concepts at the Berlin Philharmonic Hall, Carnegie Hall New York, the Hermitage St. Petersburg, the Deutsche Oper am Rhein Düsseldorf, the Staatsoper im Schillertheater Berlin and the Großes Festspielhaus at the Salzburg Festival, among others.

The deaf dancer, choreographer and actress Kassandra Wedel lives in Munich, where she studied theater and art education at Ludwig-Maximilians-Universität. Since 2004 she has been dancing and choreographing in dance groups with deaf and hearing people and founded the Nikita Dance Crew in 2005. In 2008 she completed her Hip Hop Coach training and acted as a dancer in music videos several times; in 2012 she became a two-time German Hip Hop Champion and World Champion in solo and duo of the inclusive Hip Hop Championships. Since 2012, she has been an ensemble member of the German Deaf Theater, where her roles included the title role in Alice in Wonderland in 2014-2016. In 2015 she played the highly acclaimed role of a deaf dance trainer in the ZDF Tatort “Totenstille” directed by Zoltan Spirandellis. In 2016 she won the Pro 7 competition Deutschland tanzt and became known to a wider public. In 2017, she took on the title role in the new production of Helmut Oehring’s opera AscheMOND oder The Fairy Queen at the Wuppertal Opera and staged her own dance theater piece The Dress with the Alphatanztheater. Since 2017 she can be seen in Verena Regensburger LUEGEN at the Münchner Kammerspiele as well as in Mädchen wie die at the Staatstheater Hannover 2018 directed by Wera Mahne. In 2018 she staged Fil frz. Faden together with Valerie Marsac and was the soloist in Verena Regensburgers die Dada at Theater Hoch X. Currently she is the protagonist in Helmut Oehring’s new TanzMusikFilm BEETHOVEN? Der erlösende Fehler with the Ensemble Musikfabrik (DVD release August 2021).

Mia Carla Oehring was born in Berlin in 2005 and, in addition to her high school education with a focus on acting/theater, is completing her musical training as a guitarist and singer/songwriter, as well as her dance training in ballet, contemporary and modern/jazz dance, and hip hop. Since 2013, she has worked as a child and youth performer for stage, radio drama and film. She took on leading roles as musician, performer and dancer in the world premieres of the musical theater JONA, JONAS and the WAL alongside Sewan Latchinian at the Volkstheater Rostock (2015/16), in FinsterHERZ or Orfeo17 with David Moss and the Kammerakademie Potsdam (2017) and in KUNST MUSS (zu weit gehen) or Der Engel schwieg with the Ensemble Musikfabrik at the Cologne Opera (2017). In the successful radio play series Papa, Kevin hat gesagt by rbb/Kulturradio, whose third season aired in 2020, she personifies Bastian Pastewka’s radio play daughter as Greta.