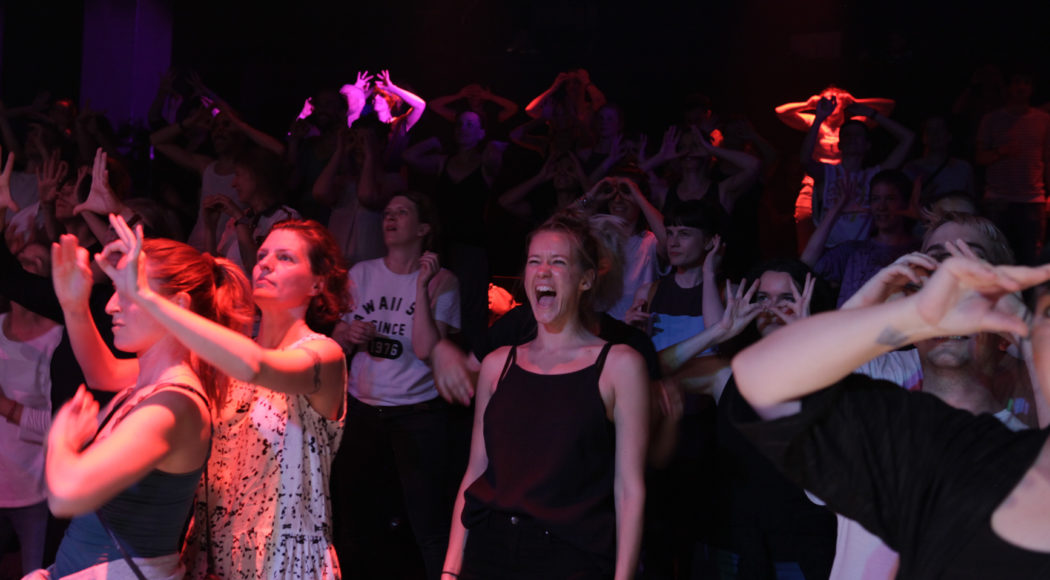 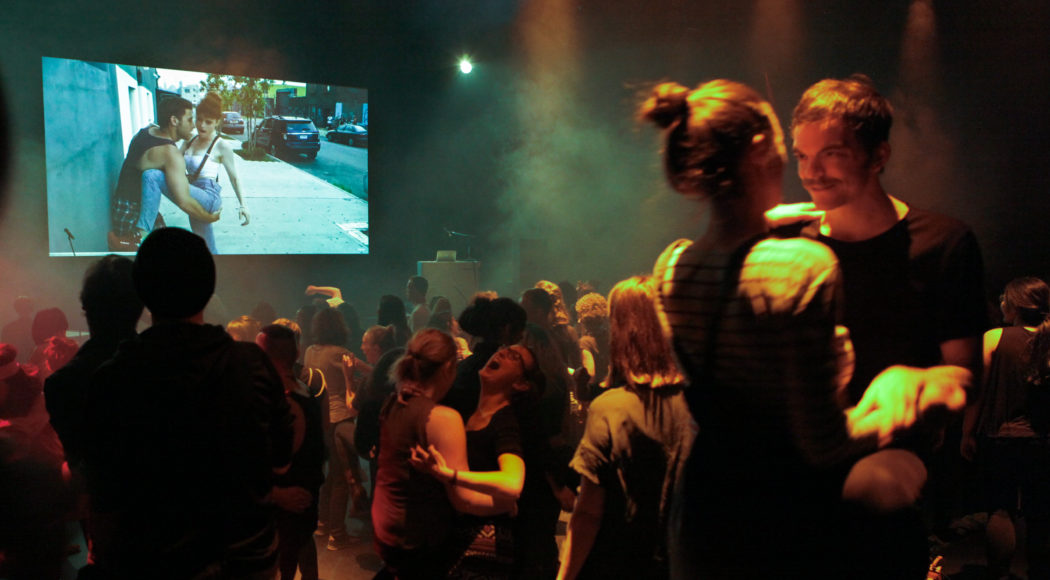 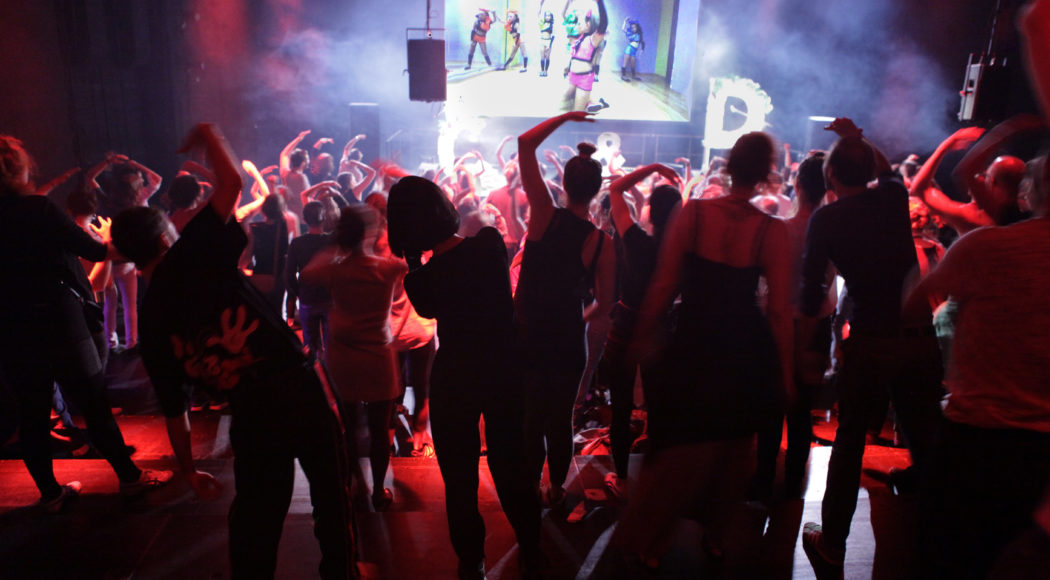 Dance karaoke to celebrate together: A screen shows perfectly coordinated choreographies and quirky dance patterns; together with the hosts Pfurr and Zett the audience uses their eye-hearts and foot-brains to keep the balance between Internet and physical space. The edition of the performance series “Copy&Dance” in Dresden is dedicated to the topic “contact”. Bodies meet images, images move bodies, looks meet each other. The dancers are in contact not only with themselves, but also with the icons on screen and the bodies of their fellow dancers. Staying in contact is the basis of “Copy&Dance”.

Anna Zett (born 1983 in Leipzig, lives in Berlin) is an artist, author, director of film and radio play. Her practice combines historical research and analytical perspective with a playful, interaction-oriented approach. She uses everyday, as well as complex symbols and images from modernism, capitalism and science as her material, which Zett takes up to investigate the transformation of her political and emotional fields of association performatively. In 2014, she published her first major video works, including This Unwieldy Object (video below), both of which were shown internationally in an exploration of the dinosaur as an emblem of US colonial history. This was followed by two experimental radio plays for public radio and a shift in emphasis from image production technologies to more situation- and body-bound formats between narration, installation and choreography.

Tina Pfurr studied German and Philosophy at the Technical University of Berlin for several semesters. In addition to her activities as an actress, performer and speaker with Paul Plamper, Zé Zelso, Phil Collins (the artist) and Gob Squad, among others, she has also developed her own performances, including the dance karaoke performance copy&dance since 2014, together with Anna Zett. 2001 – 2017 she worked regularly as a souffleuse with René Pollesch at the Volksbühne in Berlin. Since 2003 she has worked as a freelance production manager for theatre, film and radio plays for the agency kriwomasow, vorschlag:hammer, Paul Plamper, Helene Hegemann and Zintel & Zybowski among others, at the Maxim Gorki Theater Berlin, schauspielhannover, Theater Magdeburg and Ballhaus Ost Berlin. Since 2002 she has worked regularly for film and television. She is part of the performance collectives torstrasse-intim und taheter unkst. Tina Pfurr lives and works in Berlin. There she has been the director of Ballhaus Ost since 2011, together with Daniel Schrader.