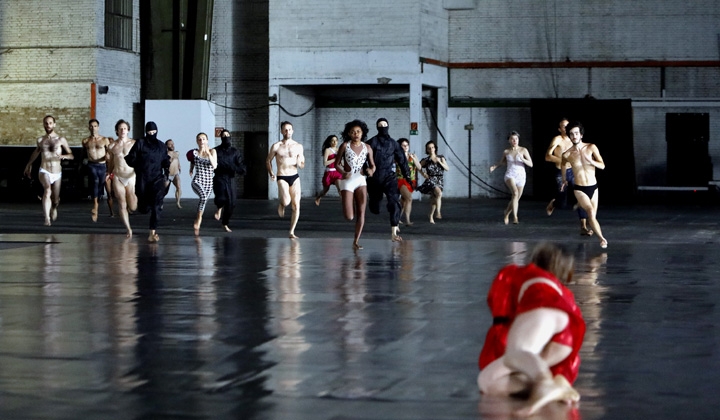 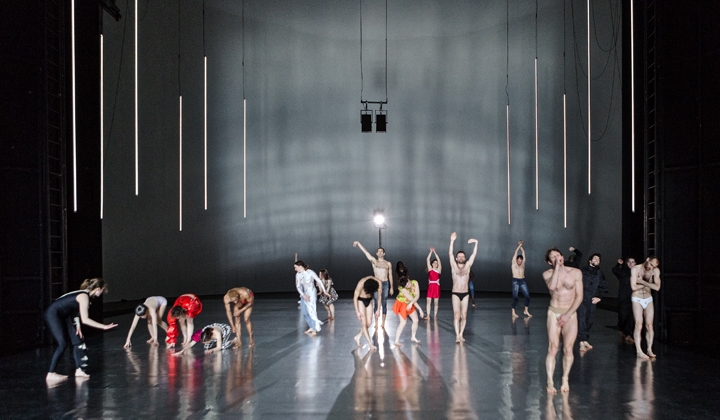 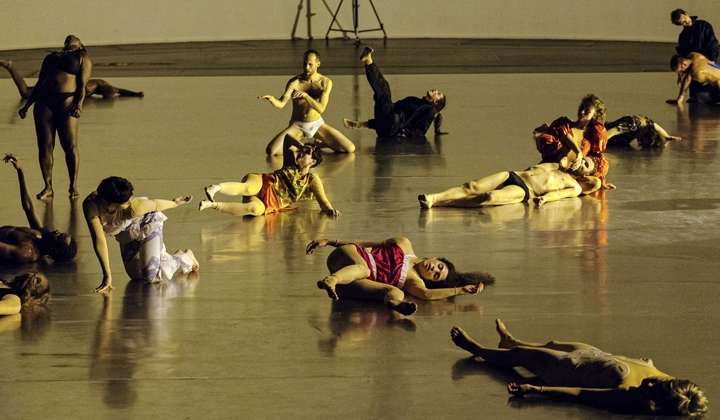 “10000 GESTEN” is a dance piece in which not a single movement is repeated. Hardly performed, each one disappears irretrievably and is thus only tangible for a fleeting moment. The result is an overall picture in which the viewer’s* eyes and thoughts are constantly directed from the individual to the group: from detail to the overall picture and back again. The French choreographer and dancer Boris Charmatz celebrates the uniqueness of each dance performance as an unrepeatable experience – a choreographic ode to the transience of dance and the potential of each individual dancer* inner body. The 24 dancers* inside the stage space are tangible, physical material that represent the value of transience in an even dance. Charmatz, who always seeks proximity to the visual arts and philosophy, worked again with fashion and costume designer Jean-Paul Lespagnard in 10000 GESTEN. With the heterogeneous outfits and accessories as well as the monumental funeral music from Mozart’s Requiem, this explosive alphabet of dance flows into a visual hypnosis – as if life were passing by in fast motion before one’s inner eye.

The dancer and choreographer Boris Charmatz lives and works in Brussels and Berlin. In addition to developing numerous choreographies of his own that have been shown internationally, he has also worked as a performer for Anne Teresa De Keersmaeker and Tino Sehgal. In 2011 he was Associated Artist of the Festival d’Avignon. In 2013 he was invited to conceive the three-week dance program “Musée de la danse: Three Collective Gestures” at MoMA (New York). Between 2009 and 2018 he was director of the National Choreographic Centre Rennes and Brittany, which he transformed into a museum of dance – Musée de la danse.