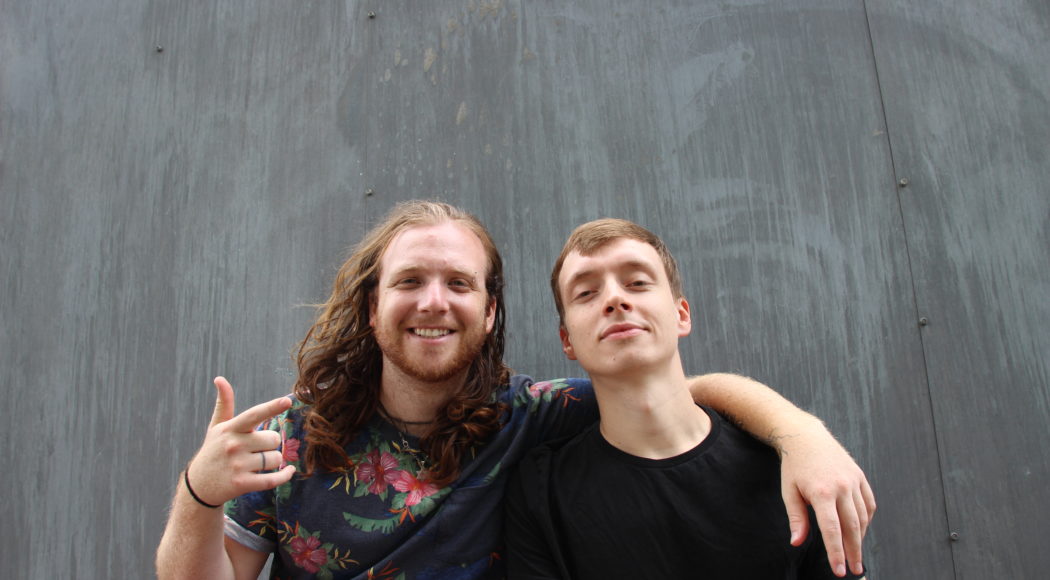 Steve says Electric Turtles are the best thing that’s happened to Hip Hop since WU TANG. The GDR’s Ministry of Culture says they would make rock music after all. And Electric Turtles think it doesn’t matter. Because here nothing revolves around clichés. It’s all about the music. But that’s really true.

The garage-rock duo from San Francisco and Leipzig delivers energy and creative tempo that is second to none. Two years of band existence, over 40 concerts between Chemnitz and Tel Aviv, four released EPs, ten music videos, 50 songs. No fillers, only killers.

It is only logical that the Dresden label UNDRESSED RECORDS grabbed the boys and signed them. On 21 September 2018 the debut album BIRTH! will be released there.

It gets loud, it gets rough, it gets sexy!

Electric Turtles are a noisy rock duo from San Francisco and Leipzig. It happened that Arik sailed across the Atlantic Ocean from far away San Francisco. The promising reputation of a mysterious country drew him into the distance. A country full of miracles and bratwurst stalls: Germany. And so it came to pass that he met Chris, a good boy from Dresden, in this so strange country. Since their paths crossed, the two traveled together into the near and far. A miracle happened on the grey waters of the Baltic Sea. Arik and Chris understood that everything in the world is made of beauty and lightness. Deep within themselves they felt that these elements also slumbered within them. From then on a flame blazed in them that would never go out again – music.

And so two poles that had been separated for far too long merged: Chris’ love for Garage Rock and Arik’s passion for Funk & Hip Hop . That’s what makes Electric Turtles an almost religious experience. If your head doesn’t move, your feet don’t dance, your knees don’t get soft then, well – then you’ve probably landed in the wrong club and Electric Turtles play one door further. They take you on a journey from asscool and laid-back to energetic and dirty. Are you ready?