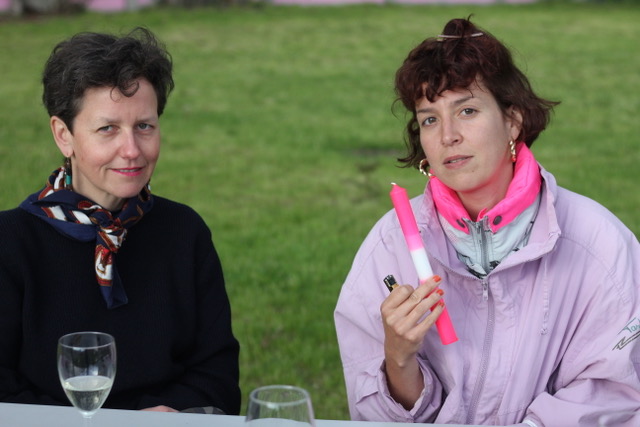 For decades, people in Lusatia have been fighting against the destruction of the landscape by open-cast mining. And also for the preservation of Sorbian culture. With Edith Penk, Maja Nagel and Klara Nagel, Tanja Krone and Johanna-Yasirra Kluhs cook blueberry jam and learn to argue.

Maja Nagel and Julius Günzel have already accompanied Edith and Kito Penk’s protest work with two short films. “blaubeeren / cerne jagody” (2013) and “winterlieb / libawka” (2020) will be shown at the greenhouse.