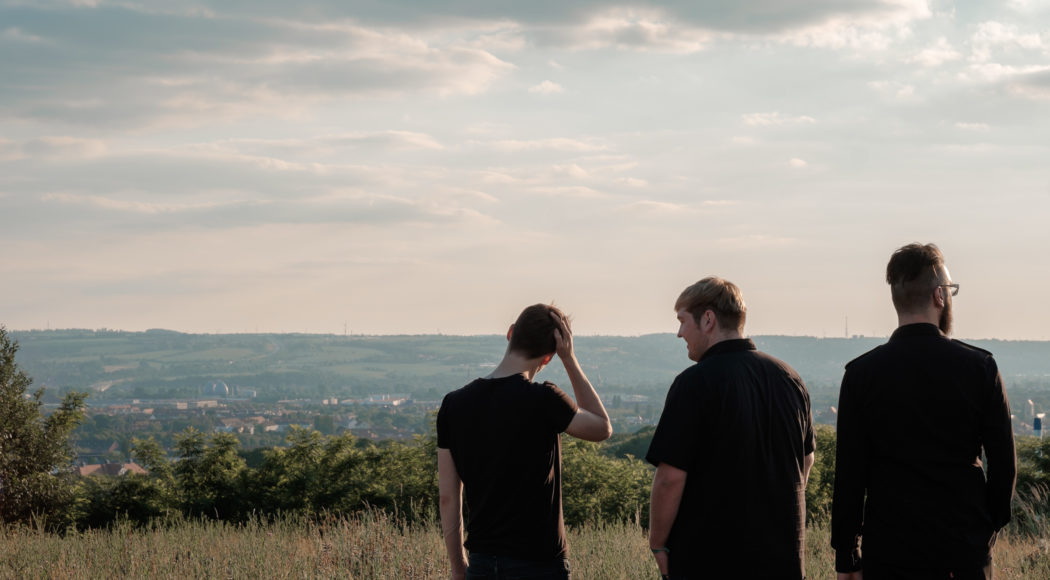 Cedric play intense songs in the field of tension between post rock, alternative and post punk with impressive walls of sound and full of angry longing, which in their music breaks its way to the light just in time before everything escalates.

The trio was founded in Dresden in 2013, when they first dived into one of their numerous Wall of Sound jam sessions and everyone quickly realized that something very special was about to happen. Even today, improvisation is the basis of Cedric’s songs, which are sometimes fragile and quiet, sometimes powerful and heavy – but always driven and stirring.

In early 2015 Cedric released their debut single “COMMUNION=HOAX” with an intense video by Spanish filmmaker Javier Sobremazas. The established booking agency Amadis became aware of Cedric and signed the band without further ado. Afterwards Cedric toured Germany and England in 2015 and played in front of thousands of people at the Taubertal Festival and as tour support for NEW MODEL ARMY. In April 2016 the band released their first physical output, the “ESCAPADE EP” – at the same time the second single with a video for “AN ESCAPADE” was released. This year the exciting melancholic-musical journey of Cedric leads into the recording studio and again across Germany and the neighbouring countries. In early 2018 the long awaited debut album will be released on UNDRESSED Records.