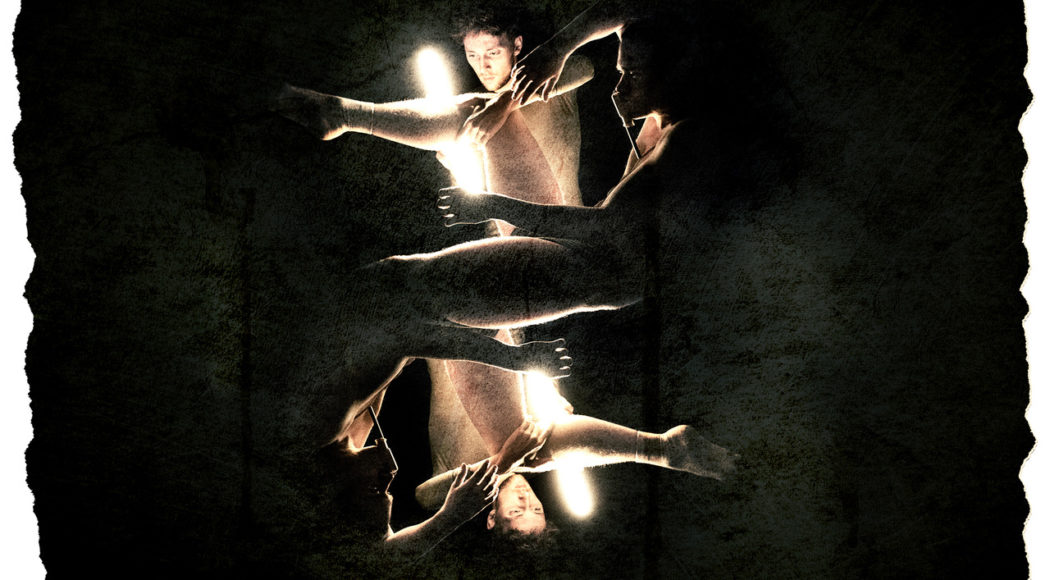 It means all the happiness in the world to him, he wants to tackle it, he wants to dare dance with his company, with the audience and actually with the whole city, said Jacopo Godani when he presented his concepts and visions for the newly founded Dresden Frankfurt Dance Company in HELLERAU in October 2015 as artistic director, chief choreographer and managing director. Because every thing has its time, smart people recognize the signs of the times, William Forsythe had said goodbye after ten years with his company. A company for contemporary dance in Frankfurt and Dresden was to continue to exist, with funding from both cities and the federal states. Godani’s commitment was intended as a change of aesthetic direction. It is remarkable how he was able to implement his own concept despite initial resistance. This is how this company goes its way, Godani brings in his rich experience as a choreographer, and also reflects on his studies in the visual arts. Soon it becomes noticeable what he meant with regard to the demands on the dancers: “Strong technique – open minds”. Soon there are projects with the Dresden Palucca University of Dance, graduates dance in the company, like David Leonidas Thiel from the beginning. His retrospect today: “Our goal was to raise clarity, precision of movement language to a higher level as efficiently as possible.” He appreciates the detailed work while being physically and intellectually challenging. Godani sees it similarly: “We’re here,” he said soon after the start, “we’ve invented ourselves.” But he does not want to stop incorporating other art movements, always allowing himself to be questioned. He is increasingly broadening his artistic horizons, even as he puts creations by Forsythe in a new light with the young troupe. He engages Rafael Bonachela of the Sidney Dance Company, an important choreographer. There are choreographies with live music, in collaboration with Frankfurt’s Ensemble Modern. In 2017, when second funding was secured for the company’s next three years, audience numbers increased by 45 percent. Interest outside Germany is growing, and with the name of the company, the name of Dresden is carried into the world of dance. Interest is aroused in Godani’s concepts, which are about the question of the correspondences of art to social changes. And in 2019, it was clear to Dresden’s mayor of culture Annekatrin Klepsch that the company would continue the history of modern dance in Dresden-Hellerau, also as a cultural ambassador for the state capital. If funding is now secured for the third round until 2023, there is once again reason for her to be pleased, “because interesting artistic signatures for contemporary dance can be perpetuated, making collaborations in the city and the expansion of participatory projects with the local citizenry possible.” This could also mean – in keeping with the times – an online workshop for primary school teachers: Movement and dance in mathematics lessons. In addition, Jacopo Godani and the company will open up further horizons in the dialogue with other arts. And this could have started so grandiose with the first premiere of this third round. It was possible to win the renowned choreographer Marco Goecke for a world premiere with the beautiful title “Good Old Moone” in Dresden: “I have never been to Dresden before! It is a great pleasure for me to work with such a historically significant and forward-looking company,” Goecke said during the work. Godani is convinced “that he will be able to exploit the Company’s potential through his specific, dance background and choreographic originality.” A renewed encounter with William Forsythe’s masterpiece “Quintet” at HELLERAU had been looked forward to, as well as a world premiere by Jacopo Godani. “Zeitgeist Tanz” – the title of this evening – premiere now postponed to May 2021. Originally, a joint production with Schauspiel Frankfurt under the title “10 Odd Emotions” was planned for May, which was also to come to Dresden. New dates for this first-time collaboration can hopefully be announced soon. Godani sees the collaboration as a challenge for dancers and actors: “Never before have we done such a cooperation. Moreover, it is interesting for us to expand our horizons also spatially by presenting ourselves on a new stage. I would like to pursue this cross-genre work to offer the dancers multifaceted experiences.” Dancer Roberta Inghilterra, who trained at the Accademia Teatro alla Scala in Milan and has only been a member of the company since 2018, also appreciates such experiences. She feels welcome and has the chance to “show new values in the dance world.” The work, she says, allows her to “perceive more than what the eye is used to seeing at first glance.” Just as they set out for new shores with the Frankfurt Schauspiel, so too in Dresden in a world premiere in collaboration with the Ensemble Modern as part of the Dresden Music Festival. Mutual enrichment of the arts was also what attracted Armin Frauenschuh after his experiences as a dancer, when he accepted the position as production manager, scheduler and tour manager. He is well aware of the company’s high international standing based on numerous inquiries from tour organizers and festivals. Of course, this start into the third round of the Dresden Frankfurt Dance Company is not free of problems within the framework of current restrictions. But what strength can be discovered when these challenges are accepted. The work does not stop. Dance goes on, overcomes distances, creates closeness despite great distance. This is also what the constantly expanding spectrum of the Dresden Frankfurt Dance Company stands for.