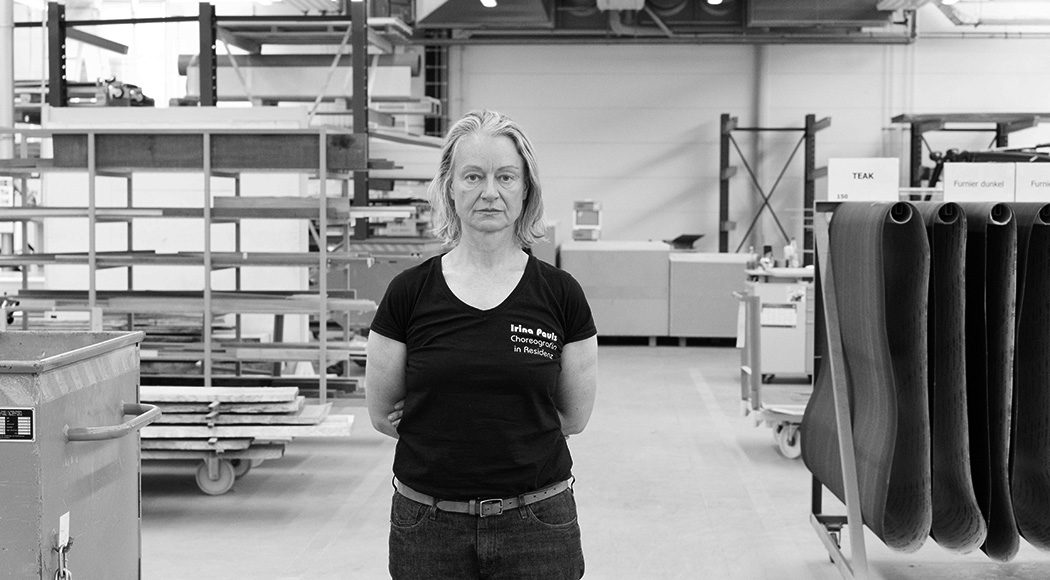 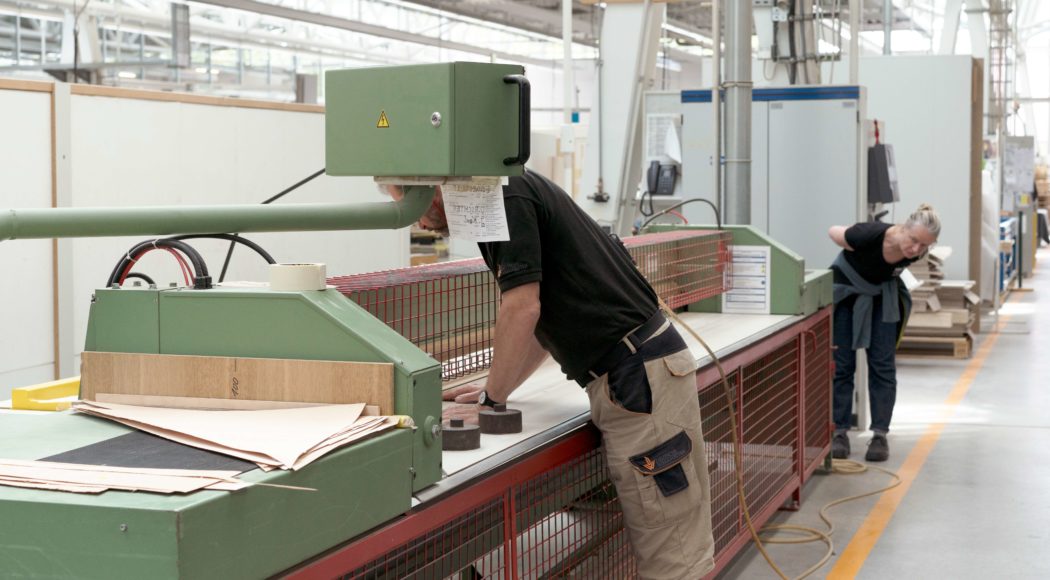 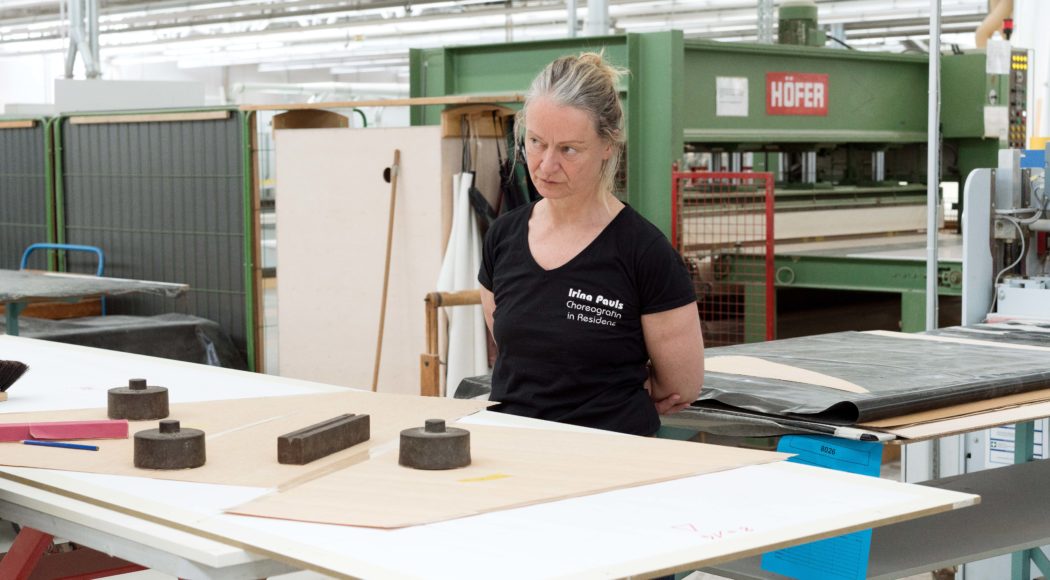 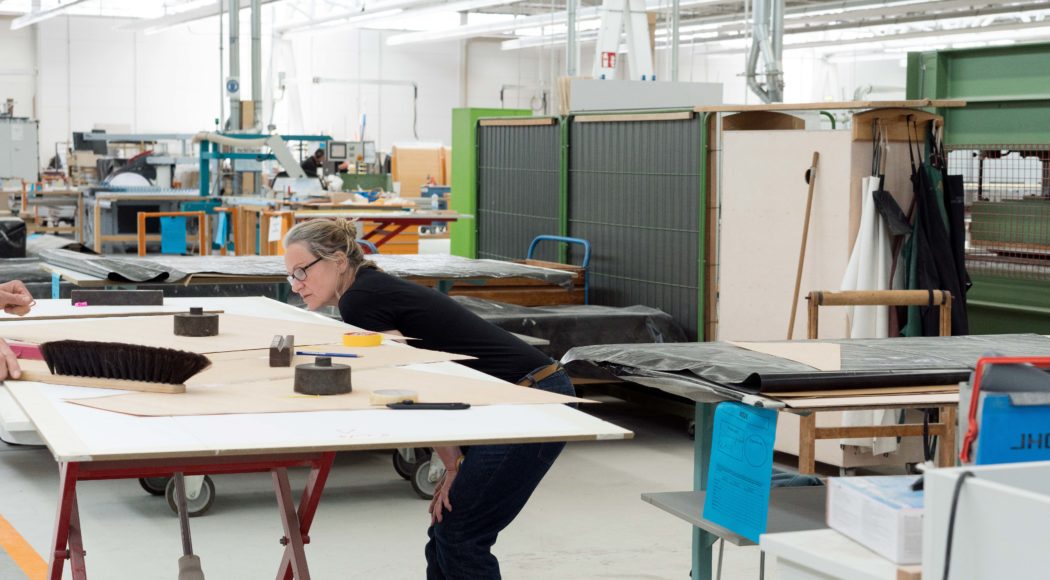 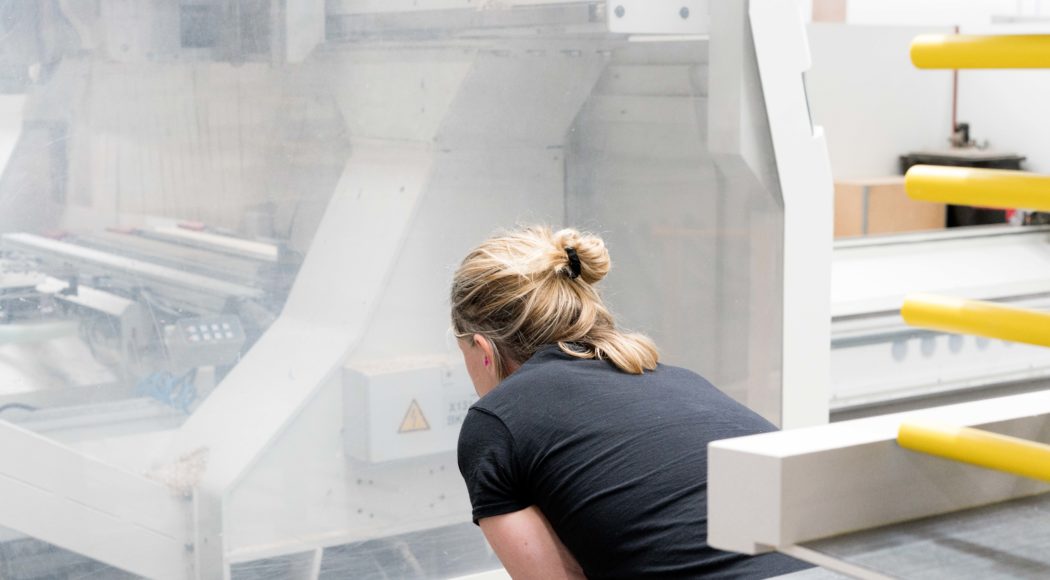 “I observe how individuality is fading more and more due to progressive automation and that cultural techniques are being lost. Refinement disappears in favor of standardization. Duration loses its value. The creative space of the human body is shrinking.”

Based on these theses, Irina Pauls deals with the changing work processes in our society and their effects on the human body. At the Deutsche Werkstätten Hellerau she observes the work of carpenters to investigate the effects of the highly specialized work processes on the bodies of skilled workers. Her aim is to find out whether the work is inscribed in the bodies and to what extent the method of production in the workshops depends on the skills of human labour.

Subsequently, Irina Pauls accompanies the work of the chair of Industrial Design Engineering at TU Dresden. In various projects, which always focus on the interaction between human and machine, she accompanies the research of future work processes. Which physicalities will emerge in the process? Which body images do the researchers base their considerations on? What role will the human body play in the work environments of the future?

Irina Pauls lives as a freelance choreographer and director in Leipzig. She studied dance at the Palucca Schule Dresden and completed a five-year choreography course at the Hans Otto Theatre Academy in Leipzig.

Pauls has created more than 80 of her own works to date, including numerous dance pieces, performances in public spaces, music theatre and theatre productions. Since 1985 she has directed the dance department at the following theatres: Landestheater Altenburg, Schauspiel Leipzig, Staatstheater Oldenburg, Theater Heidelberg, Theater Freiburg. With her ensembles, she has given guest performances at national and international festivals. As a choreographer she has worked for the Panfilow Perm Ballet, the Thessaloniki Theatre Ballet, the CoisCéim Dance Theatre in Dublin, the Moradokmai Theatre Company in Thailand, among others.

Since 2007 Irina Pauls has been working as a freelancer. Working partnerships exist with the theater junge generation in Dresden and the group DasCollectif in Vienna. Recently, Pauls has been developing site-specific performances and productions with an approach to the synthesis of body, music and language.

Pauls gives dance theatre workshops in Germany and abroad, was a jury member in dance and choreography competitions and is currently on the jury for the Saxon Dance Prize. Since 2011 she has held teaching positions at the “Felix Mendelssohn Bartholdy” Academy of Music and Theatre in Leipzig and at the Mozarteum University in Salzburg. Pauls is a founding member of the Saxon Academy of Arts and the German Werkbund Saxony. She was a visiting professor at the University of Leipzig/Institute for Theatre Studies.